The future of BMX and other cycling disciplines was on display at the FIRST Windows & Doors BMXNZ National Championships at the East City club in Auckland on Saturday as the 8 to 12 year old girls and boys raced for titles.

BMX has produced a succession of riders who have gone on to represent New Zealand in road and track cycling, including retired Pro peloton riders Julian Dean and Greg Henderson and current national track squad member Raquel Sheath.

In another close tussle where officials had to refer to the electronic timing, Gracie Owen of Paeroa resisted the strong challenge of Renae Coleman-Savage from Hawkes Bay to win the 12 year girls.

Tyler Waite from Hawkes Bay came from behind to beat North Harbour’s Jesse Inglis in the 12 boys.

Te Awamutu twins Luca and Sophie Penny continued their domination of their age group, finishing first and second in the eight girls.

Penny, Cannon, Paiton Taylor from Sunset Coast in the 11 year girls and Luke Brooke Smith of Whangarei in the 11 boys, all retained championships won at New Plymouth 12 months ago.

Racing concludes on Sunday with national honours in the Challenge classes for the youngest competitors from five to seven years, the cruiser class (larger diameter wheels), as well as a Superclass for elite riders. 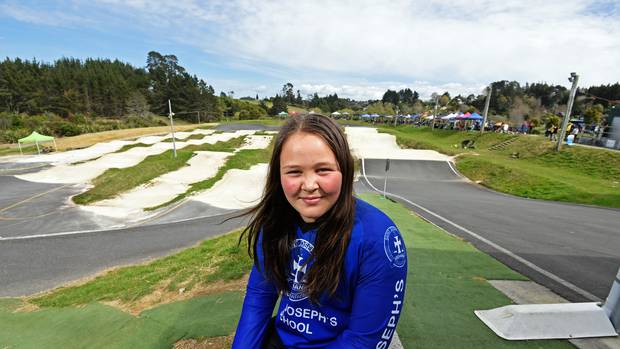