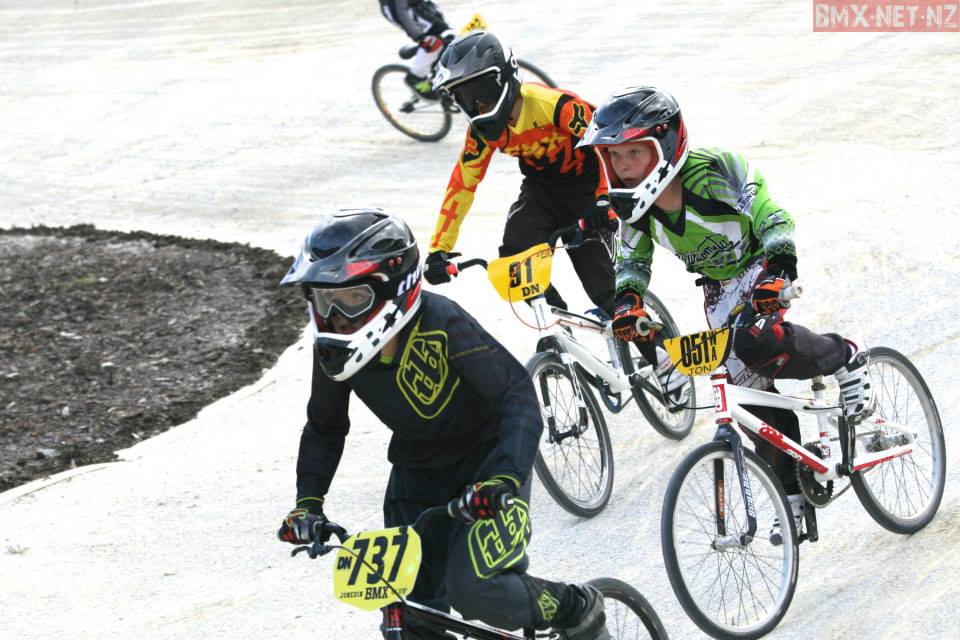 Two Otago teams bulging with talent will chase some silverware at the New Zealand BMX championships in Christchurch this weekend.

Both the Dunedin and Alexandra clubs have record numbers attending the event, indicating the resurgence of BMX in Otago.

Dunedin, which has 38 racers going to the championships, has high hopes for young riders Logan Keach, Kyle Rutherford and Hamish Burrow.

Keach is racing in the competitive 12 boys age group and has a good chance of a top-three finish. He is also trialling for the New Zealand Mighty 11s team, the pinnacle for young BMX riders, which heads to Australia for the transtasman clash.

The last Dunedin rider to be in the Mighty 11s was Hamish Burrow, who is now a sponsored rider and, along with Kyle Rutherford, will race in the junior elite category at the national championships.

Amelia Johnston has challenged herself to tackle both the 20-inch wheel and cruiser classes. She is the national, North Island and South Island champion for the 40-plus female cruiser class and is hoping to do the double this year.

World No 3 Rory Meek (8 boys) and brother Toby (11 boys) should both do well, and Abby Burnard and Payton Wafer are good chances of top-three placings in the 9 girls category.

Solly Armstrong, Seb Burnard, Nic Butler and Jacob Wadsworth will aim for places in the semifinals of the competitive 10 boys grade, while Bella Wadsworth and Grace Finnerty were just outside the finals last year and are returning with points to prove.

The Alexandra club has 28 riders heading north, and the big hopes are Holly Oldham (12 girls) and Fletcher Sharman (16 boys cruiser).

Oldham was NZ6 in Tauranga last year and Sharman was NZ2. Oldham has since beaten all but one girl ranked higher than her, and a podium finish is in her sights. Sharman has been off his bike with a broken wrist but is a classy rider.

Bradly Harris is a real talent and should do well. Other young riders who should feature are first-timers Tamai and Neihana Riwhi, and Cam and Grace Moir, along with the more experienced Saxon Morgan, Lachie James and Josh Smith.

Digger Morgan is back on his bike after a crash earlier in the season but should be competitive.