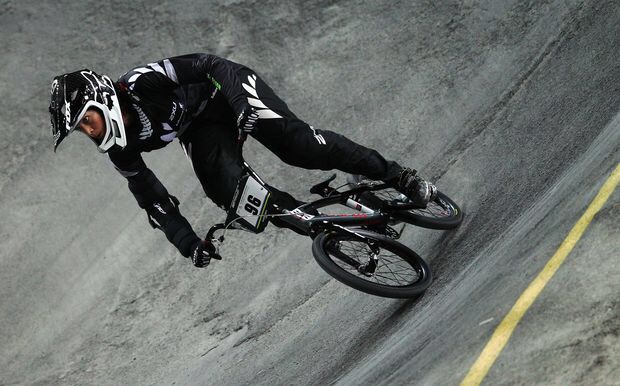 Walker out of BMX Nationals

A minor injury has ruled the Olympic silver medallist Sarah Walker out of this weekend’s BMX National Championships in Christchurch.

Walker was hoping to make her return to competition at the Nationals, which start tomorrow, after recovering from the serious injuries she suffered in the final round of the Supercross World Cup in California last September.

The 26-year-old bruised her knee on her way to winning third place in the pumptrack challenge at the Crankworx international mountain bike event in Rotorua last week and has been advised not to ride in Christchurch.

Walker, who has won 12 New Zealand titles, but has missed the last three National Championships due to scheduling conflicts, says being ruled out by such a minor injury is tough.

She says it would be really cool to race nationals, but nothing is riding on it with the big picture of Rio – however it is a bit frustrating to miss the event because of a minor thing like a bruised knee.

Walker says she’s been in career-best form in training since recovering from the serious injuries she suffered last year and is confident she can challenge for gold at next year’s Rio Olympics.

Walker suffered a concussion and six broken bones, including both her arms, in the crash in the final round of the UCI Supercross World Cup in California in September.

Walker also underwent shoulder surgery in December 2012 before suffering an elbow fracture in 2013.

The London Olympic silver medallist and former World Champion will bypass the opening two World Cup stops in Manchester and Papendal, aiming at a return to international racing in Canada in June.