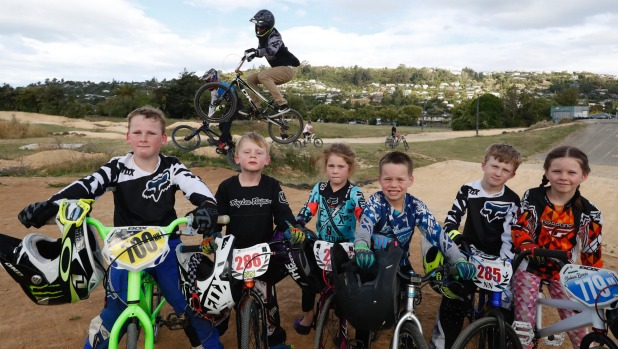 Nelson BMX Club has an eye to the future

Hayden Mortimer will swap his three-quarter midget for a BMX bike this weekend as he seeks a more nostalgic thrill.

But the main reason for returning to the sport he first competed in as a child is not just to feel young again, it is because he wants to increase the participation of a discipline that hasn’t followed Nelson’s biking boom.

“That track has been there since the late 70s, early 80s. It’s been there forever and I think nearly every kid has ridden on it,” Mortimer said.

“I remember how much the parents did for us as a kid, when I was five, and the more kids get into it then that’s less kids on the Playstation.”

Mortimer’s inclusion in the eight-strong Nelson team for the South Island championships, which is being held at the North Avon BMX Track in Christchurch on Saturday and Sunday, certainly lifts the average age.

At 33, 18 years separate him and the next oldest competitor, Logan Clarke.

The rest of the group are all under 10 and are yet to compete at a level like the South Islands. But to Mortimer, who is a TQ driver at the Top of the South Speedway, that is certainly not a bad thing because all of a sudden BMX racing in Nelson has a future.

“We’re really doing this for a big eye-opener and to show that this is what the sport is all about. All of the kids that are going, except for Logan, have never seen BMX racing at this level.”

Clarke, a former 2NZ, has returned to racing after a serious crash left him with eight broken bones. He is the Nelson BMX Club’s brightest hope and has been for some years now, usually the region’s sole representative at events such as the South Island championships.

Though most of the team will head to Christchurch with little ambition in the short-term, Mortimer hopes the big race experience will benefit the riders in the long-term, ultimately hoping to see competitive racing return to Nelson as they get holder. 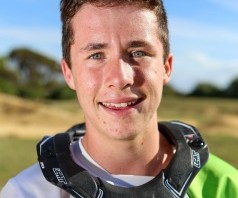