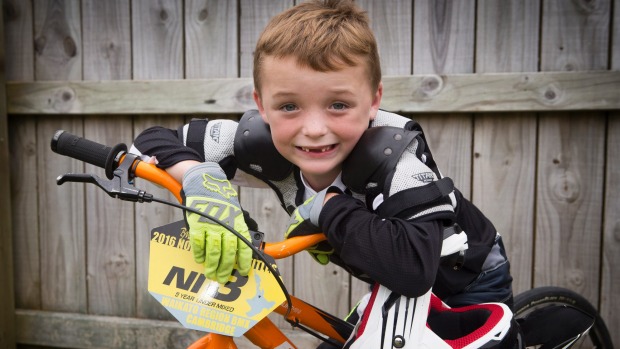 When 5-year-old Hunter Wilkinson is not in Starship Hospital he’s winning BMX races.

Hunter was born with a congenital heart defect and he has epilepsy, so he’s been in and out of Starship since he was born, mum Sarah Clarke, of New Plymouth, said.

“He’s stable at the moment, but he still takes medication – seven tablets a day. He’s had a feeding tube a couple of times. He’s a little battler.”

But despite having had six operations in his five years, he came third in the North Island Championships in the under 5 age group in Te Awamutu at Labour weekend. In January he will race in the South Island Champs and at the Nationals in April.

Hunter said he likes winning. “And going fast.” He doesn’t like the feeding tube.

While his Mum gets worried about him crashing she doesn’t think she can wrap him up in cotton wool.

“He loves it so much. You have to take the risk really.”

But other people don’t always agree and often tell Clarke Hunter shouldn’t be racing, despite her having got the go ahead from two medical professionals.

“Even though children may have not have had easiest start in life they can still overcome that sort of thing. It doesn’t upset me. I just inform them that Hunter loves it and we take all the precautions necessary.”

Hunter wears lots of protective gear, such as chest protection to protect his heart, elbow pads, shoulder pads, helmet. And $220 BMX pants so when he fall off he doesn’t get scratched.

The gear and the travelling to competitions doesn’t come cheap and Clarke is interested in seeing if she can get Hunter some sponsorship. she said.  A few of the little riders do get sponsored.

Obviously, Hunter can’t race when he is unwell, she said.

“But he is just 100 miles an hour with BMX, he doesn’t let it stop him. When he’s had the tube back in he’s not been able to ride and after an operation he has to have a little break.”

Hunter learnt to ride a bike when he was 2 years old with no training wheels. He just grabbed a bike belonging to an older sibling and he was off, she said.

“We lived in Hawera at the time and we took him down to the BMX track for a play and he loved it so much we took him to a club night. And he’s been competing for the last two years.” 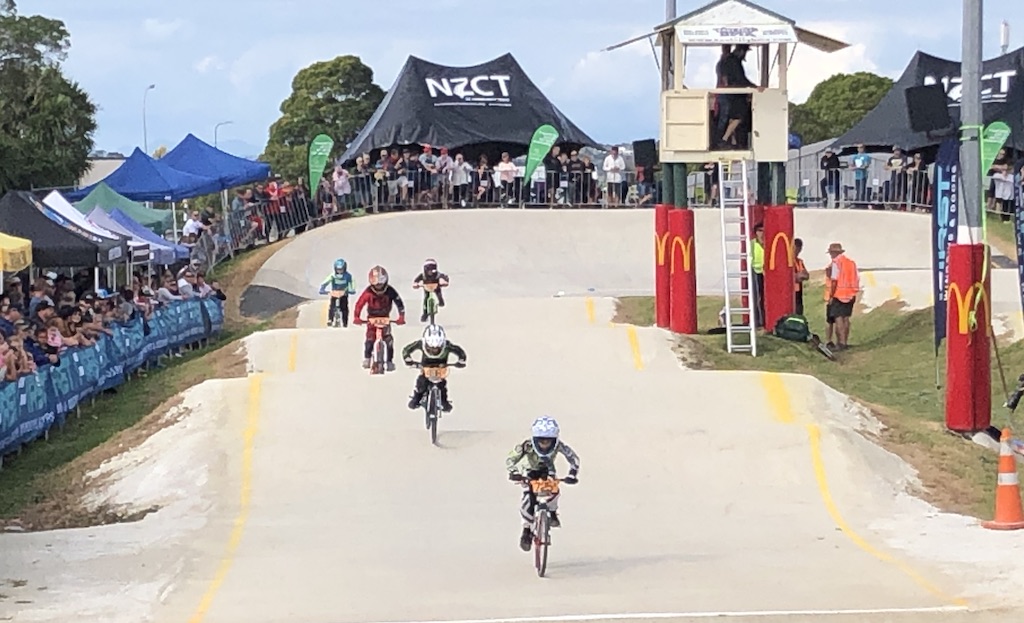 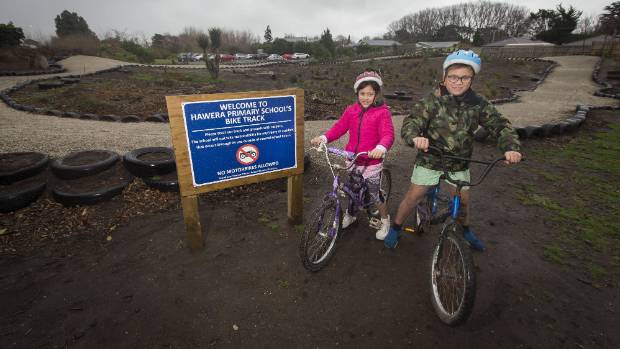