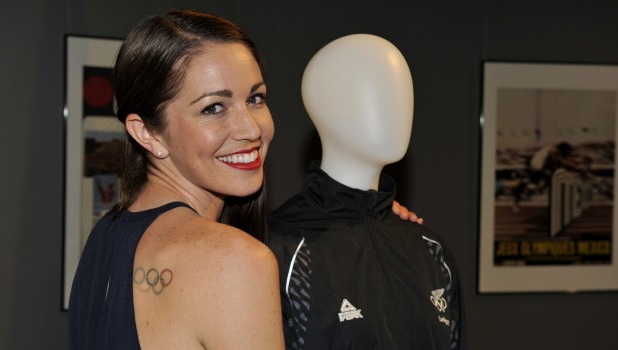 Kiwi BMX rider Sarah Walker may have missed out on competing in Rio due to injury, but she’s landed a top-level role as a member of the International Olympic Committee.

Walker, who won silver at the London Olympics in 2012 but crashed out of qualification for her third Olympic Games after an injury-plagued build-up to Rio, was elected as a member at the IOC’s session in Rio de Janeiro on Sunday (Monday NZ Time), after being shoulder-tapped by IOC President Thomas Bach.

She missed out on being elected by Rio 2016 athletes for one of the four initial positions by 27 votes, but was called upon by Bach to ensure a balanced representation of athletes on the IOC.

The news came as a shock to to the BMX rider, who now mentors silver medal-winning pole vaulter Eliza McCartney.

Walker had just arrived in Rio when she was woken in the middle of the night with a phone call from the IOC.

“I usually sleep with my phone on silent, but I wanted to make sure I was available for Eliza if she needed me. Instead, it was a call from the IOC,” she said in a statement.

“It will be such a huge honour to be involved with the IOC and the Olympic movement, and I will be doing everything I can to represent all Olympic athletes as well as contribute my own perspective that I have gained through my Olympic journey,” she said.

Walker, who serves on the International Cycling Union’s BMX Commission, said she looked forward to helping others embrace sport at a high level and “challenging the IOC Athletes’ Commission with questions, ideas and solutions”.

Walker arrived in Rio on Saturday night (Sunday NZT) to attend the session and closing of the Olympic Games. She would travel home with the New Zealand Olympic Team on Monday night (Tuesday NZT).

However, Kendall would end her term as an IOC member at the close of the Games later on Sunday (Monday NZT).

“New Zealand has historically been well represented within the IOC and it is vital that this continues. We have a strong commitment to high performance within an environment of integrity and respect. Sarah will continue this tradition.”

Walker competed in BMX at both the Beijing 2008 Olympic Games, where she placed fourth, and London 2012.

She had also used her Olympic experience to inspire young New Zealanders in her role as an Olympic Ambassador, the NZOC said.