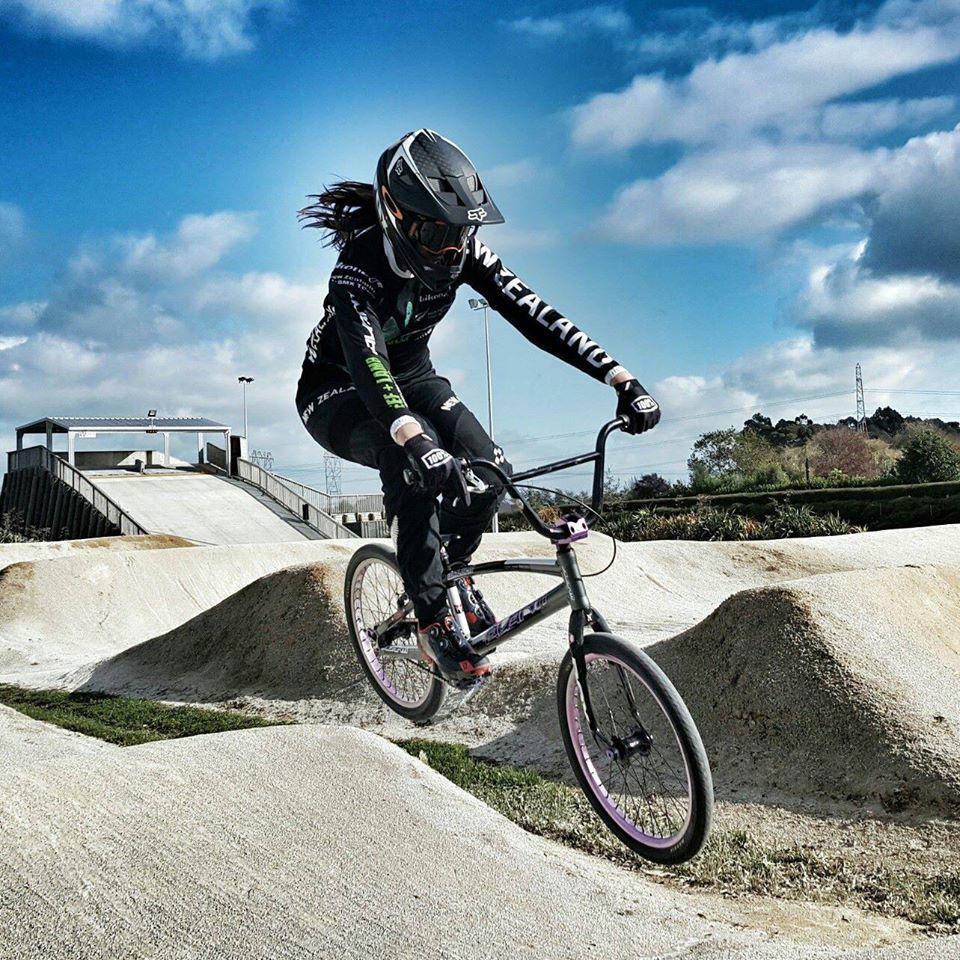 Safety-first return for Walker, no luck for men at BMX World Cup

A safety-first approach from Sarah Walker and crashes in the men meant there were no Kiwi BMX riders in the finals at the UCI BMX Supercross World Cup in the Netherlands today.

Walker, who is back competing just 10 weeks after fracturing her arm, decided the windy conditions presented too many risks in the elimination rounds, opting to ride off the back of the field in the three motos and did not advance to the semifinals.

“Sarah’s arm was a little sore from a busy week of riding here and with the high winds, she felt it best to play things safe here in Papendal,” said Cycling New Zealand BMX coach, Ryan Hollows.

“She probably got more out of this week that we expected including some valuable Olympic qualifying points and racing.

“Now she can continue her recovery and prepare specifically for the world championships at the end of the month in Colombia where she will chase the final qualifying spots for Rio.”

Trent Jones grabbed a second and third placings along with seventh after a fall to advance from a stacked moto along with world champion Niek Kimmann (NED), time trial winner Tory Nyhaug (CAN) and in-form Australian Anthony Dean.

However he crashed heavily on the landing to the first jump. After missing the snap out of the gate, Jones found that he was left with nowhere to land over the first major jump, although he was unhurt.

“Trent is not getting any luck in the World Cups although with the high winds today, we can at least come away relatively unscathed with a number of heavy crashes in racing today.”

Teammate Matt Cameron was sixth, fifth and fourth in his motos to miss out on the quarterfinals by one point, in a strong group headed by former world champion Joris Daudet (FRA).

Latvia’s double Olympic champion Maris Strombergs, who has not been prominent in any racing this season, emerged as a threat for the upcoming world championships after winning the men’s final when he closed down top qualifier Sam Willoughby (AUS) in the final.

It was a similar story in the women’s final with local favourite Laura Smulders (NED) edging out top qualifier Caroline Buchannan (AUS) in a sprint finish.

The focus moves to Columbia for the world championships as the end of the month which is also the final qualifying event for the Rio Olympics.

The New Zealand team will head to Florida to prepare, in a simulation of the preparations for Rio.