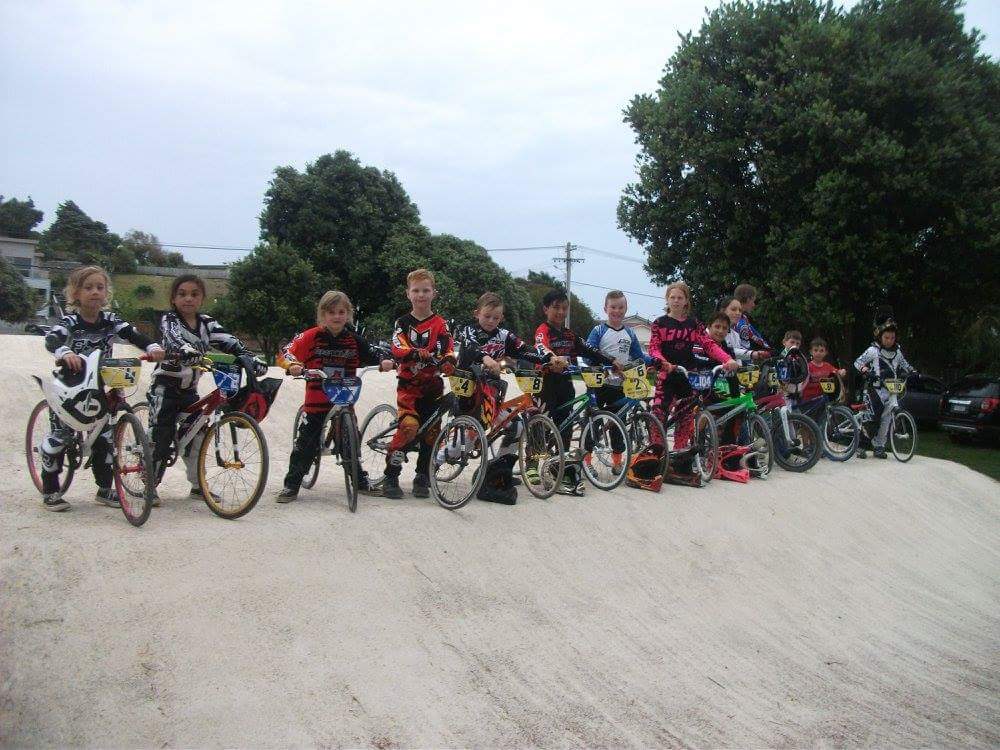 Over the Easter weekend 23 riders from Kapiti BMX Club were competing at the BMX New Zealand National Championships hosted by the Sunset Coast Club at the Puni BMX facility, near Pukekohe.

This is the largest entry for the club in recent memory, with riders spread across all classes from the 5 and unders to the 40+age groups, with many riders competing for the first time at a national level.

Two big names from the club had extra reason to be focussed with Junior Elite, Liam Perry competing in Superclass and chasing a share of the prize money on offer, and current NZ1 Tipene Kennedy who was defending his titles, and also competing to win a place in the “Mighty 11’s” team.

With many riders having to make it through their 3 heat races, then elimination quarter and semi-finals to get into the last 8 and a chance at claiming an NZ 1 place, ‘Nationals’ was a big step up for many club riders. But step up they did…

The racing was tough in all groups, and Kapiti BMX Club had an outstanding set of results with 14 riders all earning a finals place and a Top 8 NZ ranking:

Liam Perry, 4th in Superclass after a fall early on that threatened to end his day early, but a quick trip to the ambulance had him strapped up and ready for his next heat race.

It was really fantastic to see so many club riders pushing the best riders in New Zealand, and achieving such good results. For those that didn’t make finals, they learnt a lot and I’m sure this time next year we’ll be seeing a few new names in those finals representing Kapiti BMX Club.