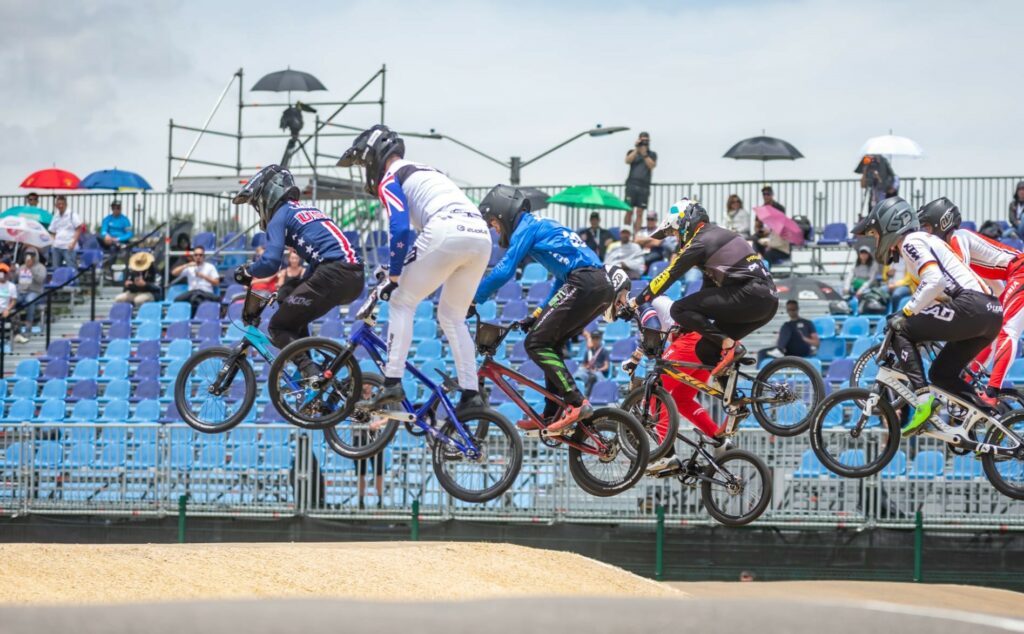 National champion Michael Bias, under-23 rising star Rico Bearman and Cambridge teenager all made finals in the UCI BMX World Cup double round in Bogota, Colombia over the weekend.

Bias recorded a personal best fifth in his first elite men’s final on the first day, while he was caught up in a crash in an early round that ended his chances on the second day.

The North Harbour club rider enjoyed a run of consistent quick laps on the first day, third in the first round, the round of eight, the quarterfinal and the semifinal to qualify for the final.

In his four races there was only half a second between his times, and with excellent skills, manoeuvred his way into his first elite final.

Te Awamutu’s Cole McOnie, making a return to World Cup action after a long time out of the sport with injury, showed solid speed but just missed out in the last chance race on both days.

Bearman, also from the North Harbour club, was among the fastest under-23 riders throughout the first day, qualifying strongly, and then finishing second in the second round, won his quarterfinal and was second in his semifinal, all with superb times.

He fought through the field in the final, closing to within half a second of a medal, settling for fourth.

On the second day Bearman won his qualifying round, was second in his quarterfinal and won his semifinal in superb fashion in 33.360s, the fastest in the field. Unfortunately, he did not quite get the jump from the gate in the final, pushed back to fifth at turn one and only able to move up to fourth at the finish.

The Greenough brothers Jack and Bennett won through from qualifying with jack going out in the second round narrowly with Bennett second in round two before being eliminated with sixth in the quarterfinal.

On day two, both riders finished second in qualifying and both rode strongly to push into the quarterfinals. However, Jack was taken out in a crash and Bennett finished seventh in a blindingly fast quarterfinal.

Cambridge teenager Leila Walker made an excellent debut in her first World Cup double header, competing in the under-23 category, although did not get reward for her impressive speed.

She qualified second fastest in her first round and won her quarterfinal in 37.90s, but was caught up with a Japanese rider in a tangle in the semifinal to finish seventh.

Walker was more impressive on the second day to win her first round in the second fastest time of the day, and then finished second in her semifinal in another excellent time.

Again fortune did not favour her as she pushed through a narrow gap on the first turn in the final. It closed on her with the kiwi taken down in the crash, ending her chances.

She did show enough however to suggest she will learn much from his experience with a further double round in Bogota next weekend.