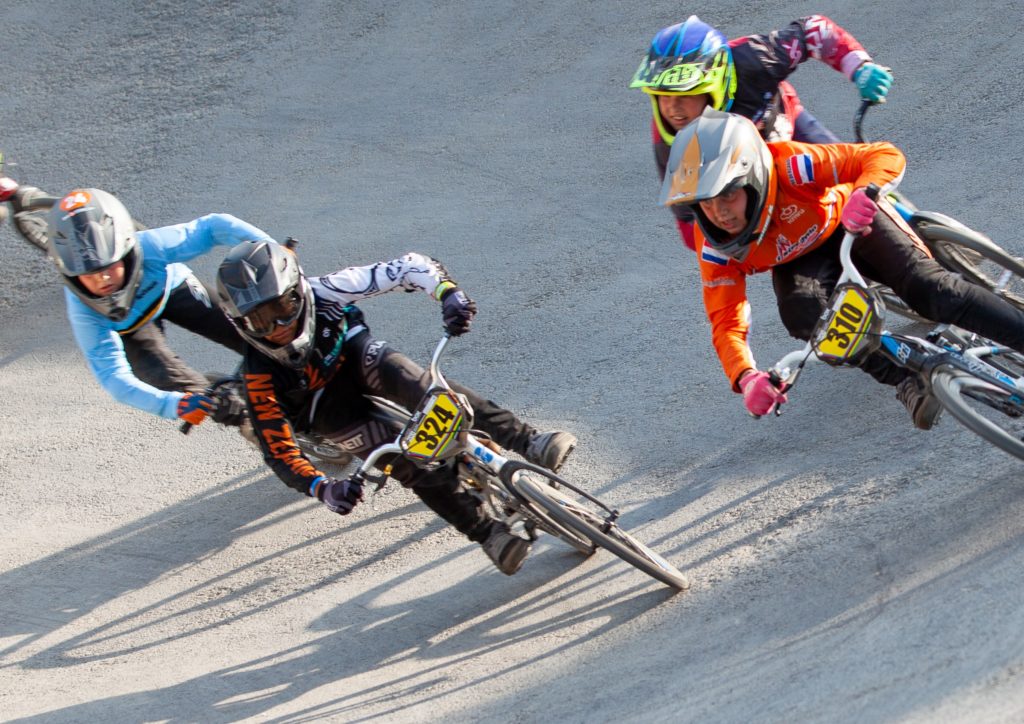 Luke Brooke-Smith from Whangarei led the FIRST New Zealand team young riders with a second place finish in the 11 year boys on day two of the UCI BMX World Championships at Zolder in Belgium.

With the mercury hitting 39C degrees, four of the eight Kiwis competing on day two made it out of their qualifying motos into the knockout stages of the competition.

And it was a mountain to climb, with both Brooke-Smith and Oscar Newnham of Cambridge then facing 16th finals, eighth finals, quarterfinals and semifinals, before the main race to decide the world rankings.

Newnham started the day with 145 riders in his nine years class, with his eight races spread over nine hours before he finished sixth in the grand final.

Two years ago he was knocked out at the eighth-final stage, so the sixth ranking was a big improvement for the national champion in his age group.

It was also redemption for Brooke-Smith, who was taken out by another rider in the semifinals at last year’s worlds, after placing sixth and seventh the previous two years. He made a strong start in the final alongside Guus Klinker from the Netherlands who went on to win with the young kiwi able to hold off challenges for the runner-up spot.

The resilience of the riders in a long day in the heat was best demonstrated by 12 year old Lilly Greenough from Cambridge. The World number 3 from last year slipped a foot off a pedal, hitting the ground awkwardly, in her first moto, twisting her ankle and possibly damaging some tendons.

While other riders might have pulled out Greenough kept racing. Team staff elevated the foot and kept it iced between races.

Barely able to walk Greenough could still ride her bike and kept herself in the competition with a succession of second and third places, but finally succumbed to the injury, placing fifth in her semi-final, just missing a place in the main event.

North Harbour’s Dylan Szaszy was at his first world championships. The seven year old national champion just missed the final after finishing sixth in the semifinals.

Day three of the world championships is the busiest one for the FIRST New Zealand team with 22 riders competing in the Challenge races for males 12 to 16 years and all females 14 years and over.