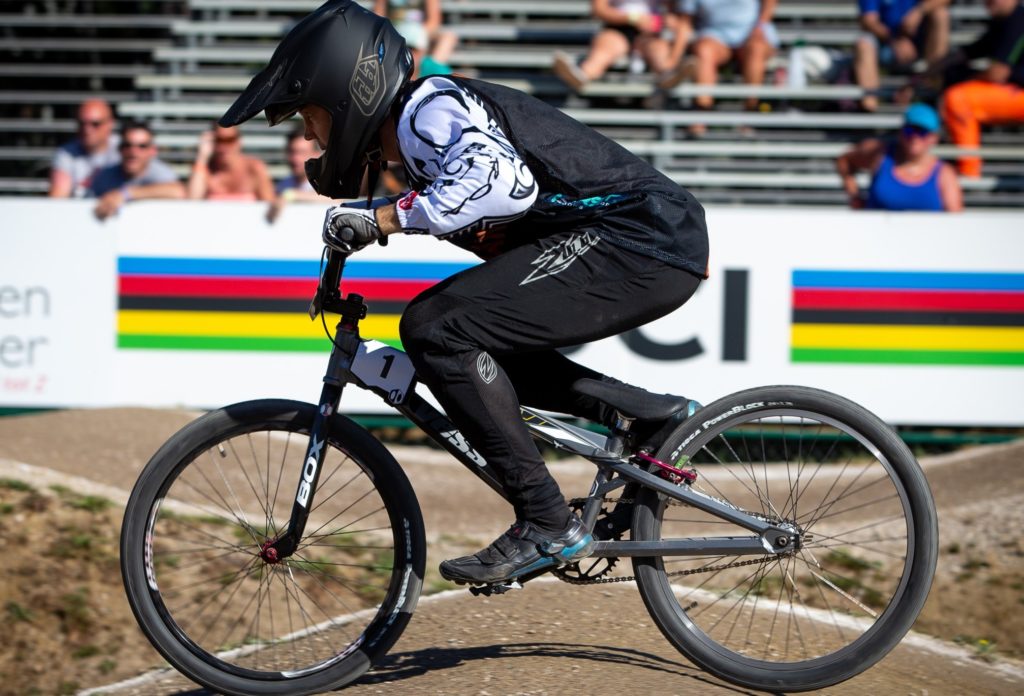 Rico Bearman and Paul Luttrell won titles for the FIRST New Zealand team on the first day of the World BMX Championships at Zolder in Belgium overnight when all the Cruiser classes were decided.

Luttrell first started BMX in 1983 but retired in 1992 before getting on the bike again in 2003. Zolder was his 10th World Championships and confirmation that some things do get better with age.

With temperatures soaring to over 35 degrees, Luttrell reckons being based In Copenhagen was vital to his success. “I’ve been able to get track time in the summer heat, while the rest of the team have come out of 15 degrees back home.”

Like Luttrell, Bearman went through his racing unbeaten winning three motos, an eighth-final, a quarterfinal, a semifinal and then the title-deciding main event.

Bearman’s success was his fifth world title and his first since Rotterdam five years ago. Since then he has not made a final.

“Then I stopped growing and the competition started getting bigger and stronger.”

Now the late physical developer is back on top of the world.

Merito was trying the Cruiser class for the first time and his runner-up position eclipses his previous best at the World Championships – third at Columbia three years ago.

Three other riders made finals with Adam Coker finishing fourth in the 30-34 class; Toni James was fifth in the 17-29 women, where all the other finalists were Dutch riders and Dion Newth came home seventh after a crash while challenging for a podium place in the 45-49 years class. All six finalists had successfully advanced from their semifinals.

The unluckiest rider of the nine Kiwis who made quarterfinals was Abbey Simcock, who crashed while leading in the 13-16 Girls.