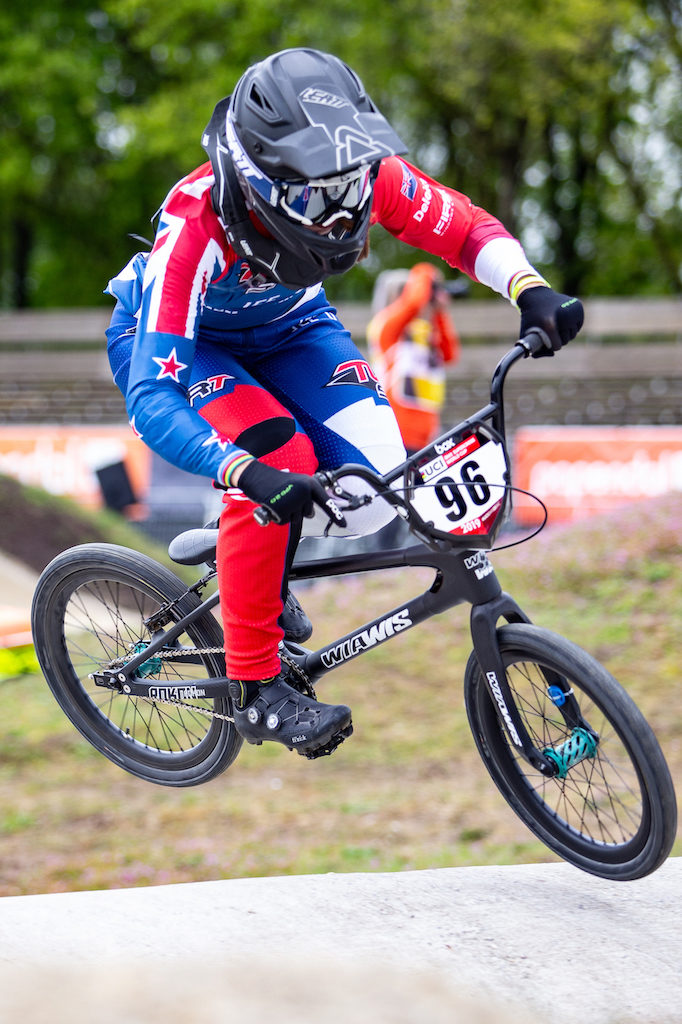 Sarah Walker again led the way for the Kiwi contingent, making the semifinals in round three of the UCI Supercross World Cup in the Netherlands.

Walker, making a fulltime return to the World Cup circuit, collected more valuable qualifying points towards her Tokyo Olympic bid on day one over the big jumps outdoors at Papendal.

She was the only New Zealander to make it to the semifinals, and decided to bank the qualifying points and not risk and all-or-nothing approach in the semi where she finished seventh ahead of Australian Lauren Reynolds.

“I am still battling the thumb injury from last week and was not feeling 100 percent either this week. In the end I thought it was better to race conservatively and bank the points. Hopefully I can make a final tomorrow and get some more qualifying points,” Walker said.

“I will return home then in good shape to prepare for the world championships where I can go all out.”

The 30-year-old is now ninth overall on the Supercross World Cup standings after three rounds with New Zealand women ranked fourth in the world on Olympic rankings coming into the double round at Papendal.

Walker was fourth in the qualifying round, second in the eighth round, and third in her quarterfinal.

Compatriots Rebecca Petch (Te Awamutu) and Jessie Smith (Hamilton) had to go through the repechage rounds which Petch won with Smith second with both progressing. They both finished fourth in their eighth-round but both missed out on progressing to the semifinal, finishing fifth and sixth respectively in their respective quarterfinals.

North Harbour’s Michael Bias again qualified from his opening moto but went out in the round of 16. South Auckland’s Maynard Peel (Sunset Coast) and Te Awamutu’s Cole McOnie were forced through the repechage. Peel showed his form to win his race to progress, finishing fourth in the round of 16 but missed out by one spot in progressing from the eighth round, while McOnie did not make it through the last chance heat.