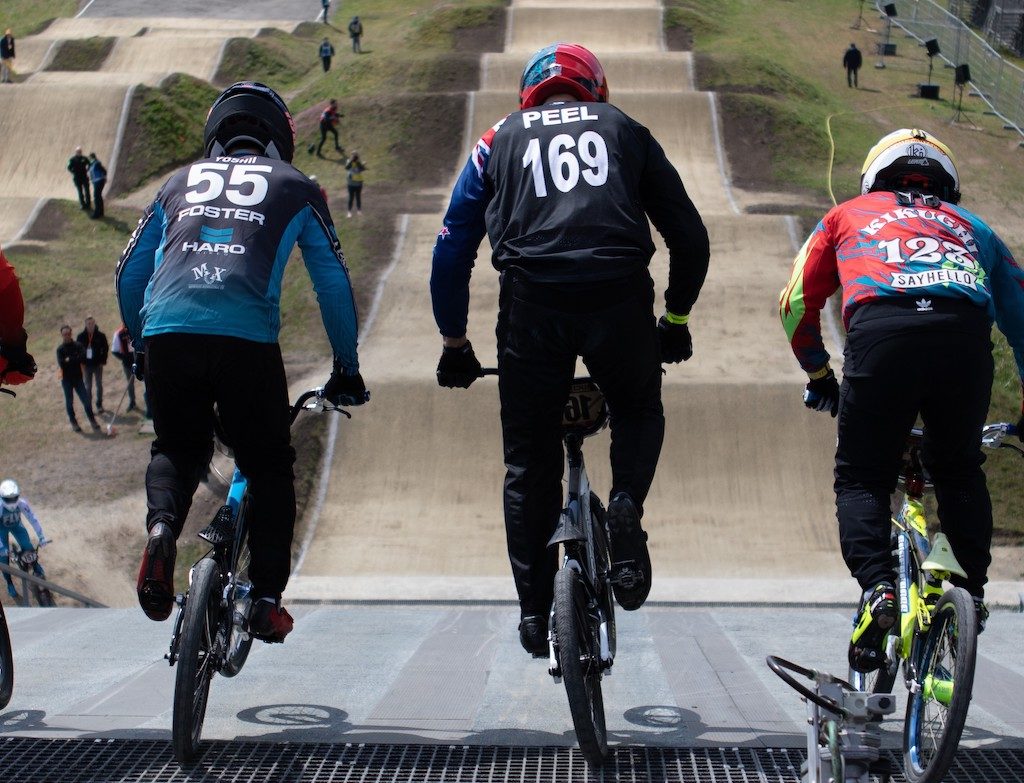 New Zealand BMX riders found the big jumps, windy conditions and aggressive riding a challenge in round four of the UCI Supercross World Cup in the Netherlands.

For the first time this season, all six Kiwi riders went through safely to the second round but only Sarah Walker progressed to the quarterfinal stage at Papendal, at the Dutch Olympic training centre.

The BMX World Cup format sees the top four riders progress from each round through to a grand final, with first round losers having a further last-chance race where only the top two progress.

The London Olympic medallist was third in qualifying and third in her eighth-round after an excellent ride. Walker, who had been consistently amongst the fastest riders out of the start throughout, hit the gate. In a strong field she could only get back to fifth to miss out on the semifinal by one spot.

“We had a big delay and were stood down after a crash in the men’s race before us which required the helicopter airlift. But I felt ready and knew my gates had been good,” said Walker. “But I anticipated and hit the gate quite hard which slowed me and while I pushed hard I could not quite recover.

“It was disappointing but at the same time I was pleased with my speed which was in the fastest of all riders all day.”

While the other New Zealand riders will remain for the next round in France, Walker will return home to prepare for the world championships.

“It was always my plan. I am really happy where I am at, with my speed and consistency. I’m around the top-10 in the world but looking forward to getting home to have a good block of training and head back for the world championships.”

Te Awamutu’s Rebecca Petch was third in qualifying but fifth in the eighth-round, drawing the same heat as Walker and day one winner Judy Baauw from the Netherlands.

Hamilton junior Jessie Smith had a superb ride for second in qualifying before dropping out with seventh place in her eighth-round which was won by eventual runner-up Alise Willoughby (USA).

“Rebecca almost got through to the semifinal. She had some strong results last year but she is faster this year but not quite getting the rewards yet. Jessie is riding well and now has the jersey on as the leading elite junior which is great.”

Former junior world champion Maynard Peel was second in an impressive ride in round one in the men’s competition which drew a record 164 riders. He was drawn in an extraordinarily fast heat in his next round, headed by eventual winner Niek Kimmann (NED), and got caught up in a melee to miss out.

Te Awamutu’s Cole McOnie was third after a strong first round ride but had to settle for sixth in his next round that featured current world champion Sylvain Andre (FRA), while North Harbour’s Michael Bias won his repechage but was caught in a tangle in his second round to finish seventh.

Most of the riders will remain in Europe for the next double rounds in Paris in three weeks followed by the world championships in Belgium at the end of July.