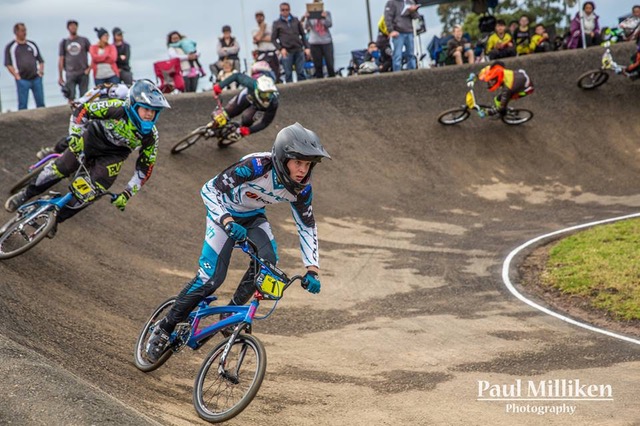 This year has been a really busy one with lots of great racing for me in the Waikato Region, Wellington and NSW. This is my overview of the year so far as I head into the last month of Worlds preparation.

The Waikato Region Super Class Series had rounds in Te Awamutu, Te Kuiti and Paeroa and will finish in November with Cambridge and Hamilton. This gives me a broader age group to race against and I find prize money is very motivating to do well! I had a broken wrist over the Summer and came back from injury in February in time to travel to Wellington for their Regional Champs where I took out the class. Next major on the calendar was the Oceania Champs in Bathurst, Australia. It is a very challenging big track and the extremely windy conditions made it tough. I improved my lap times throughout the weekend against World Class riders and was very pleased to win the Grands Assault class and the Oceania Champs.

Crankworx was up next, swapping for the big wheels takes some adjustment but I loved mixing it with the 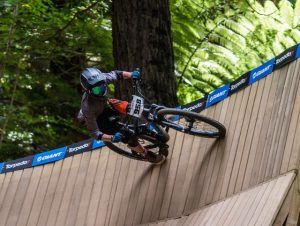 Mt Bike pros and competing in the Air Down Hill. A lot of the Pros start out as BMX riders and find there is nothing like BMX for learning the fundamental bike skills required for any bike discipline. We’ll be back next year!

Next up was Nationals and the back to back cyclones before meant that the track surrounds were a sea of mud. Keeping wheels and shoes clean and dry kept the pit crews busy, thanks Mum and Dad! With over 1000 competitors racing, the track held up fantastically due to the tireless efforts of track volunteers and 400 m of polythene to cover the track during the week prior to racing.

I was pleased with my racing getting some clean, smooth laps, I was undefeated through my races to take out NZ1 for the14 boys. I’ve had some set backs at Nationals in previous years and until now had never won the National title so it was a great victory for me. In the Super Nats final on Sunday I had to settle for 2nd in the 12-14 class after making an error on the first straight. To wrap up the season I won the National Series his and scored the maximum amount of points over 10 rounds Nationwide.

So far, 2017 has been an amazing year in terms of BMX. I have travelled all around New Zealand and over to Australia twice to race the best riders in Oceania. It has been heaps of fun and I have had loads of amazing experiences from exploring new areas, to racing new people. I’m really looking forward to Worlds in Rockhill, South Carolina next month, I expect its going to be big, loud and fast!