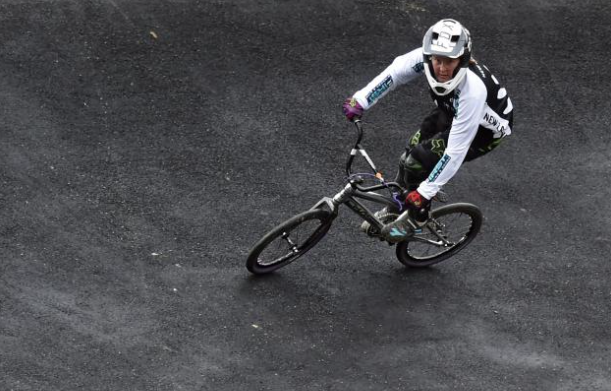 Tamryn Hurren-Webster’s trip to the world championships has been 20 years in the making.

The 30-year-old took up BMX when she was still at primary school in Oamaru and has stuck with it.

She got to the top in 2015 when she won her class at the nationals, and the postie won all three races in the women’s 30-39 years 20 inch grade last year to defend her crown.

The grade was amalgamated with a younger class this year and Hurren-Webster was usurped as champion. But her efforts during the previous two years have qualified  her for the world championships in Rock Hill, South Carolina later this month.

She plans to compete in both the 20-inch and 24-inch classes to make the most of the event, which is being billed as the biggest and best yet.

“I did see a prediction that they reckon it is going to be the biggest worlds ever.”

Hurren-Webster said about 85 riders from New Zealand were going, but she was the only competitor from Dunedin to make the trip.

“This is the first time we’ve kind of been able to afford it,” she said.

Hurren-Webster qualified for last year’s world champs but decided against it because of the expense.

She is tacking on a holiday at the end of the tournament, but said just to compete was costing her about $5000.

The holiday will be great, but so will the racing.

“It is hard to say,” she said when asked about her prospects.

“It depends who turns up. There could be a full gate full of previous world champs.

She will contest the 30-39 age group category in the cruiser class, while she will be competing against younger riders in the 20-inch class, which will make it tough.

“I started riding when I was 9 years old and I’m still doing it 20 years later.

“I just love it. It is a great atmosphere to be in. I’ve made heaps of great friends and it is just a really good family sport.

“Everyone can be involved from 4-year-olds up until whenever you can still ride.”