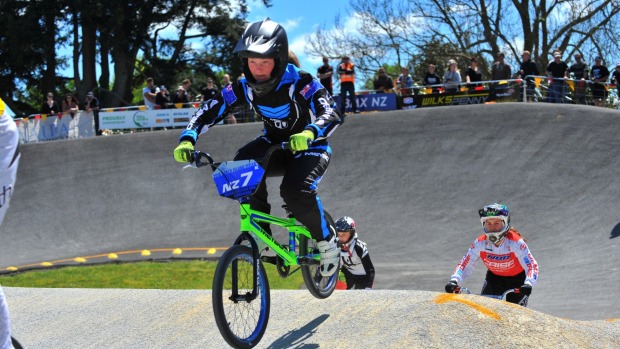 Hansen set to compete on the Gold Coast

North Canterbury’s Ella Hansen is set to put her skills to the test at the Nerang International on the Gold Coast next year.

Ella will travel to Nerang on January 6 with seven team mates in her age group – four boys and three girls – to compete over the weekend, January 7 and 8.

Her training regimen for Nerang was intensive to get her at peak performance and ready for the South Island Championships to be held the weekend after her return.

While Ella had already competed in two world championships, a good performance at Nerang could set her on the path to the 2017 World Championships in Rock Hill in South Carolina in the United States.

“Hopefully I’ll go over and see how close I am to world number one in my age group.

“If I do well in Nerang, Dad said he’d think about taking me,” she said.

Her family was the inspiration behind her taking up the sport. She grew up at BMX tracks watching her father and siblings compete.

Her father, John Hansen, was proud that his interest had been taken up by his children and that they had performed so well in the sport.

“All the kids have had a go, and myself. It’s really good, I’m really proud.”

Representing New Zealand on the BMX track was “good feeling” Ella said, and she aspired to continue in her sport into the adult grades.