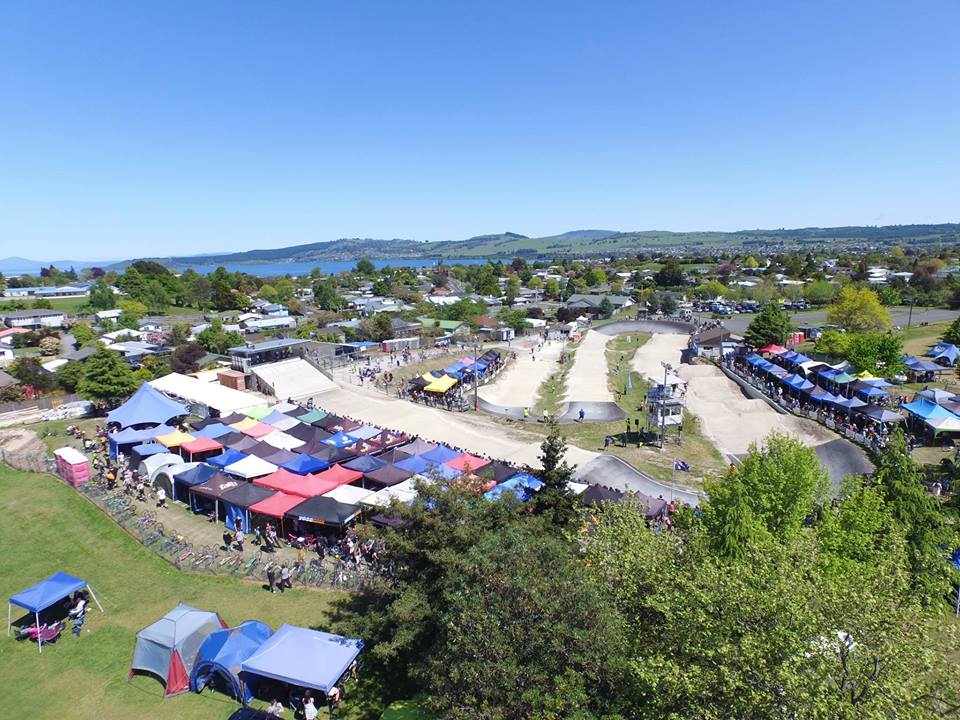 The winner of the BMX Club of the Year for 2015 is the Taupo BMX Club.

The Taupo BMX Club held the 2015 North Island titles in October last year, which was a
culmination of three years of planning and hard work to manage the clubs facility, the local community and the Council to ensure all areas came together as planned at the precise time of the event.

The Taupo BMX Club also had two riders compete against Australia in 2015.

Off the track the Taupo Club pushed forward with live feed footage of the event, which is a first for NZ on a local level.  Something that got huge uptake in Australia and around the world, with lots of families watching the test team racing live from home.

Taupo is also a sport leader in using online technology in promoting its club and information distribution, something that many other clubs in our sport try to replicate.

The Taupo BMX Club is striving to be one step ahead, so it rightly deserves the 2015 Club of the Year Award.