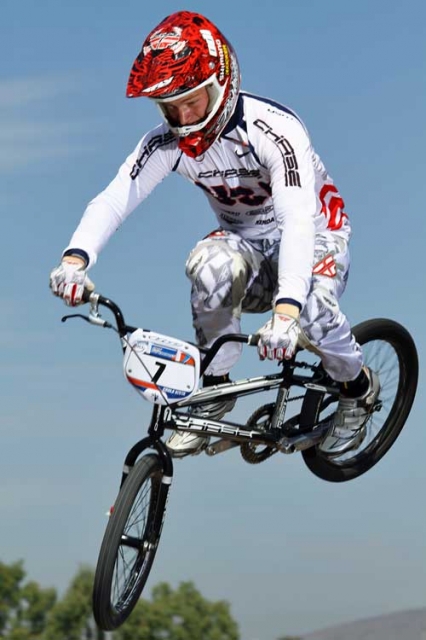 LOS ANGELES — BMX racers are getting an Olympic re-do in Rio.

After some of the best racers in the world banded together to protest the original test event in October because of a track they deemed too aggressive, unsafe and unfit for elite-level racing, the Rio organizing committee agreed to make adjustments to the track.

“The jumps sizes were wrong, the turns were too flat, the asphalt they used for the turns was bad,” says U.S. hopeful Connor Fields, who raced in London in 2012. “When the track is overly technical and too difficult, you’re focusing on just surviving a lap around the track and you can’t focus on racing.”

At an athlete meeting that weekend in Rio, a commission made up of riders and coaches from around the world was created and charged with submitting track changes to the course builders in Rio.

Then, on March 17-19, the 40-60 riders who are vying for Olympic spots in Rio will return to the track for a second test event. Unlike the first go-round, the riders will not race. Instead, riders will be allotted an amount of practice time to get familiar with the new track and determine whether it passes their test.

“For the sake of the event,” Fields says, “I hope the track builders don’t let their own egos interfere with what’s best for the sport.”