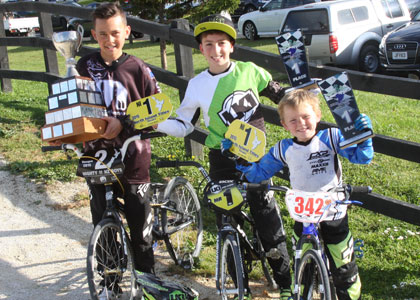 Also holding a New Zealand number one title, five-year-old Oscar Newnham, came away with the North Island title for his age group.

The Mountain Raiders BMX Club, located in Lloyd Elsmore Park, had 37 riders among a total of 700 other entries in the BMX event that was live streamed for the first time on the internet to viewers all over the world.

Riding for the very first time on the Mighty 11s team, James Whyte, who currently holds the New Zealand title for his age group, helped the team take first place and retain the Mighty 11s Cup.

The following Mountain Raiders riders made the Top 8 finals: