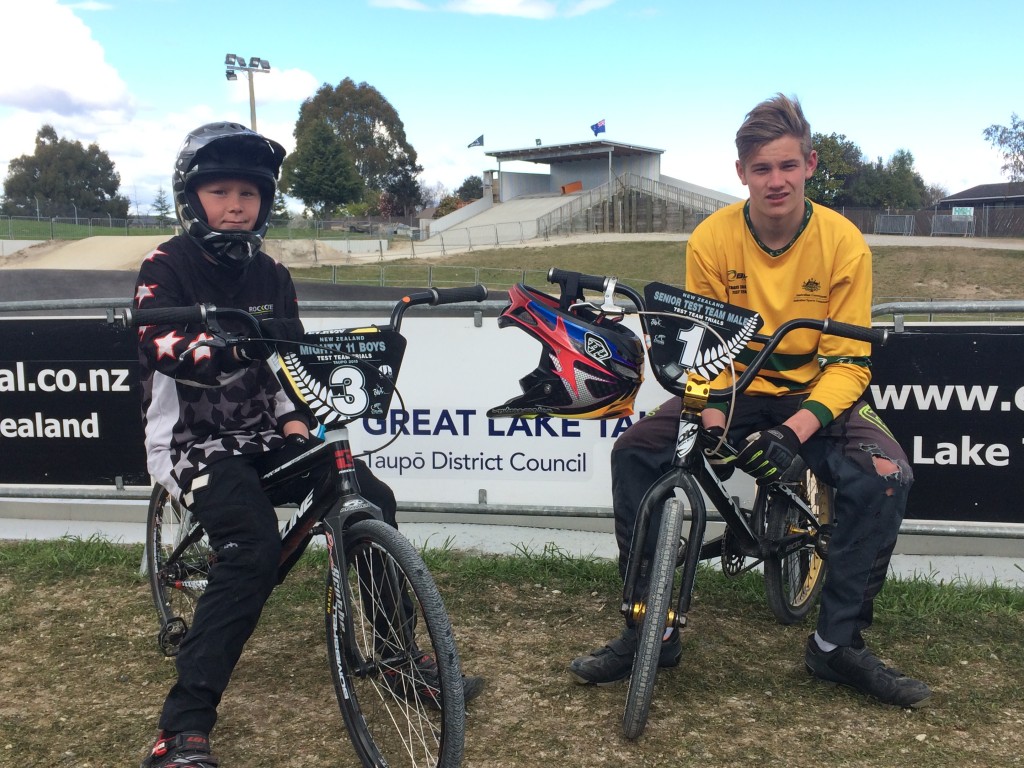 Pre Norths doubled as a trial for the Mighty 11’s and the senior test teams. These riders will represent New Zealand at Labour Weekend for the 2015 BMX NZ North Island titles and in Nerang, Australia in December/January. The Taupō BMX Club had three riders trial in closely-contested racing all day.

Months and years of training along with local knowledge proved a great advantage in aiding the selection of Michael Ranford into the Mighty 11s test team and Mark Harland-Croft to gain not only selection in the senior test team but also the honour of team captain.

Logan Hirst rode outstandingly in a very competitive field of riders.    A slip of the pedal in the gates saw him ride from the back to second place, however with the battle for positions separated by only a few points, Logan missed out on selection by the smallest of margins.

St John staff were kept busy as the Taupō track proved a challenge for many visiting riders. All Taupō riders acquitted themselves well and gained much-needed confidence for when it will count at Labour Weekend.