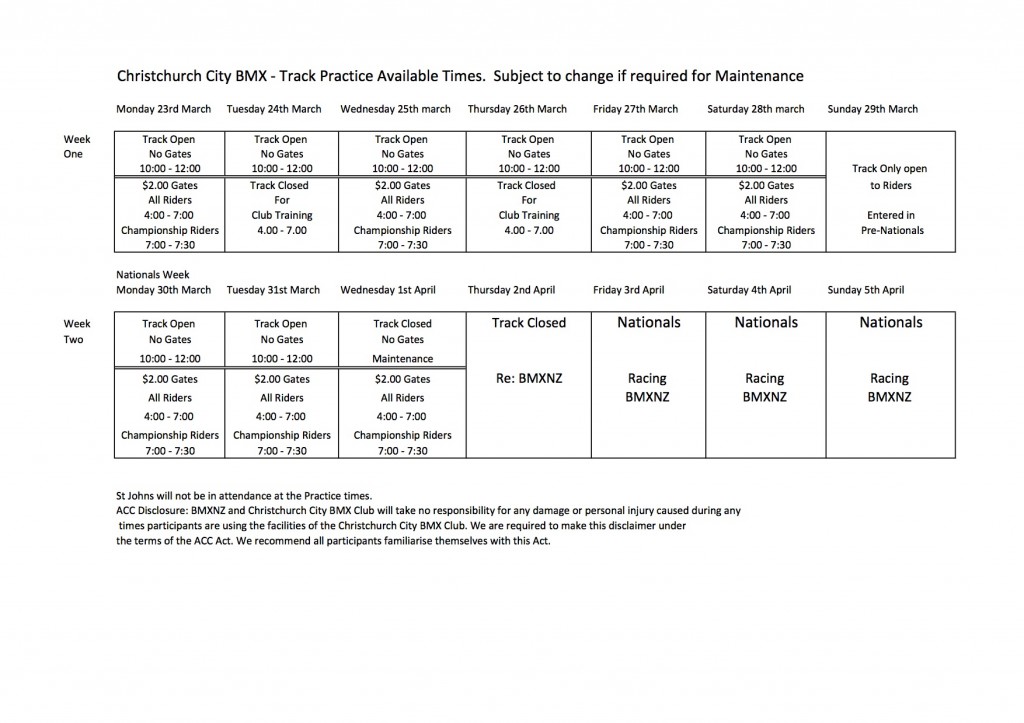 The opening ceremony will be held at the track and will include the presentation of a number of National awards including;

Sportswoman of the year

Sportsman of the year

Coach of the year – North Island

Coach of the year – South Island

Officials of the year

The awards for the National Series, Super Class & Championships class will be presented following racing each day.

At the final awards ceremony the Dalliston, Pocock & Regions trophies will be presented.

Andrew Matheson, the Chief Executive Officer for Cycling New Zealand will be at the National Championships on Friday, it would be great to have as many of your club members and supporters along at the opening as possible to show Andrew the strength of support within BMX. 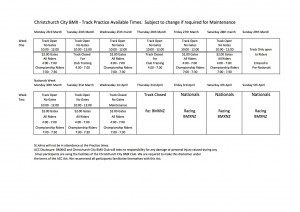