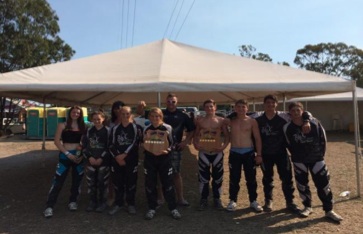 While a lot of BMX families were still recovering from the festive season, a number of riders made the trip across to Australia for the Nerang International. With temperatures predicted in the 40’s the racing was going to be tough on and off the track. 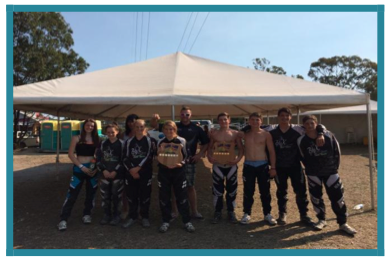 Friday night allowed for the Challenge riders to enjoy some good racing from the Elites as it was the Champbike/Probike Series. The New Zealand contingent had a good showing on the podium to the season opener.

Avon Peel managed a fourth in a hotly contested group (17-24 years) and a second in Round 2 on the Saturday event. Tim Ferguson, NZ Factory Yess rider, finished fifth (30+ Masters). Whiteonesugar/Chase rider Logan Hirst (14 Boys) was competitive all night, and was unlucky in the crucial semi where he missed out on a finals spot. Crupi NZ rider Jordan Donaldson was super dominant and rode her way to victories in both rounds of the 14 Girls; showing once again the dominance the New Zealand girls have at this present era.

Again the girls showed the boys how its done with Factory Pure rider Zoe Fleming proving too quick for her competition all weekend with double wins on Friday and Saturday, and with Avanti ride Rebecca Petch placing second and third.

Now Factory Phoenix (USA) Maynard Peel struggled with the Australians, making it obvious that he was a threat and they made sure it wasn’t going to be easy for him. Maynard still managed a fourth on Friday and a second on Saturday.

Jayden Fleming (Factory Pure) took advantage of the extra attention Maynard was given and got in for a third on Friday night and a fifth on Saturday.

Amy Martin had some bad luck on the Friday night but managed to bounce back on Saturday with the win in the 15 Girls Class.

The Elite classes yet again provided a spectacular display of racing.

Friday didn’t go the way of the Kiwis with National Champ Michael Bias (Factory Pure) going out in the semis, in a painstaking fifth position. Codi Merito (NZ Factory Yess) and James Natrass (Whiteonesugar/Team Chase) also went out in the junior events on both the Friday and Saturday. Michael managed to bounce back and beat some household names to make a final appearance where he placed seventh. Hayley Gedye (NZ Factory YESS) managed a fourth and a fifth in the two events, while Hannah Sarten (Crupi) signalled her return from injury to take a double by winning Rounds 1 and 2 of the Australian National Series.

So now it was the Challenge riders’ turn to race, with Saturday having three qualification rounds to gain points for the Finals Day on Sunday. With temperatures in excess of 40 degrees the riders were keen to get the 3 Motos out of the way and get back to those swimming pools at their accommodation, and the supporters were also very keen to get back for a refreshing beverage or two. All the New Zealand Challenge riders looked competitive against the Australians and most made it through the rounds as expected.

Sunday was Finals Day and the temperature had dropped a bit but was still quite hot. The riders and supporters were glad it wasn’t another 40+ day as they had a tough day ahead.

Two Motos and then it was Finals time. Abby Hirst was first up and ended up with a seventh place for her efforts. James Whyte was up against some tough competition including the current Australian Number 1 and World Number 5. James entered the first corner in between the two top Australian riders but James proved to have too much track speed and pulled in front of the Australians and took the win.

Directly after was the 11 Boys duo of Cooper Merito and Rico Bearman. These two over the years have had some awesome battles. The pair would have their work cut out as they had to compete against the current World Number 1 and Australian Number 1, who was racing on his home track. Rico convincingly took the win by leading from start to finish. Cooper rode well and placed seventh after having to come from the outside gate position

Logan Hirst was next up in yet another very solid age group in Australia. After a good start Logan got a bit squeezed down the first and then it was always going to be tough to come back from that with minimal passing opportunities around the Nerang track. Logan managed a very credible fifth place, after good performances right throughout the weekend.

Jordan Donaldson wasn’t finished after taking the double in the Champbike series, she wanted more and again showed the competition her back wheel and took the win in the 14 Girls Challenge Class. Nobody even looked close to giving Jordan a challenge, with gate start putting all the other girls on the back foot right from the get go.

Avon Peel was up again after competing in the Champbike Series and ended his campaign with a win in the 17-24 Class, showing his little bro how it’s done.

The Challenge Class riders were all finished and so were able to watch the pros battle it out for the podium once again. The A Pro Class was full of great talent and, with entries totalling 62, there was going to be some good riders struggling to make finals. Test Team rider Clay Merito was halted in the Moto stages after not getting enough Moto points to transfer into finals. This proved how competitive this group is in Australia. James Natrass, Liam Perry and Josh Smith battled through and were knocked out in the crucial semi-final where many aspirations came to an end.

The New Zealand boys represented well and had three riders in the final. Lewis Smith ended the day best with a fourth place finish, followed by Maynard Peel who finished sixth and Bayleigh Rees who finished eighth. Lewis Smith after crashing several times during Champbike much of the weekend reached semi finals but did not progress due to another crash. Our senior test team riders entered the A Pro class for the first time. With a field of 62 riders and having to jump the pro section Kiwi riders Bayleigh Rees, Lewis Smith and Maynard Peel did an excellent job to reach the finals.

The AA Pro, again with good numbers (42 riders), proved too demanding for a lot of our riders. Michael Bias (Factory Pure) went out in the semi final. Codi Merito (NZ Factory Yess) bounced back, from having been eliminated in the semi-final stages on previous days, to make a star-studded main race and placed a valiant fifth place behind seasoned pros such as Anthony Dean and Barry Nobles.

The Kiwi girls were not going to be upstaged by the results of the pro men and took it to the pro women’s field. With New Zealand fielding four of the eight riders making up the final gate, it was inevitable that the girls would produce some great racing. Rebeca Petch (Team Walker/Avanti) managed a sixth place behind Zoe Fleming (Pure) who again finished in fifth place; both girls still in the Challenge ranks but letting the Elite know it won’t be long before they are further up that final order. Hayley Gedye (NZ Factory Yess) had another good ride and was just one place short of the podium in fourth.

Current Elite Women’s World Champion was on the gate, and I don’t think Caroline Buchanan was expecting this kind of challenge from her younger competition. Hannah Sarten (Crupi) and 15 year old rider Saya Sakakibara were both leading Caroline during the race. Hannah proved to be too strong and Caroline could not pull her back before the line, with Hannah taking the win ahead of the current World Champion.

The Nerang International again proved to be a great event allowing the riders to start their season with some great weather and racing over the three days. The event seems to be continually growing stronger, and is most definitely a worthwhile trip.

The event also doubles as another Test Team competition, which provides some entertaining racing between New Zealand and Australia. 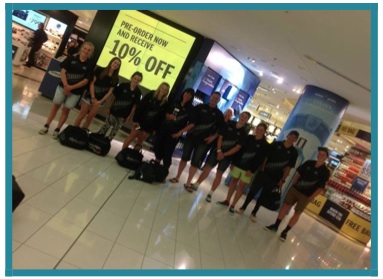