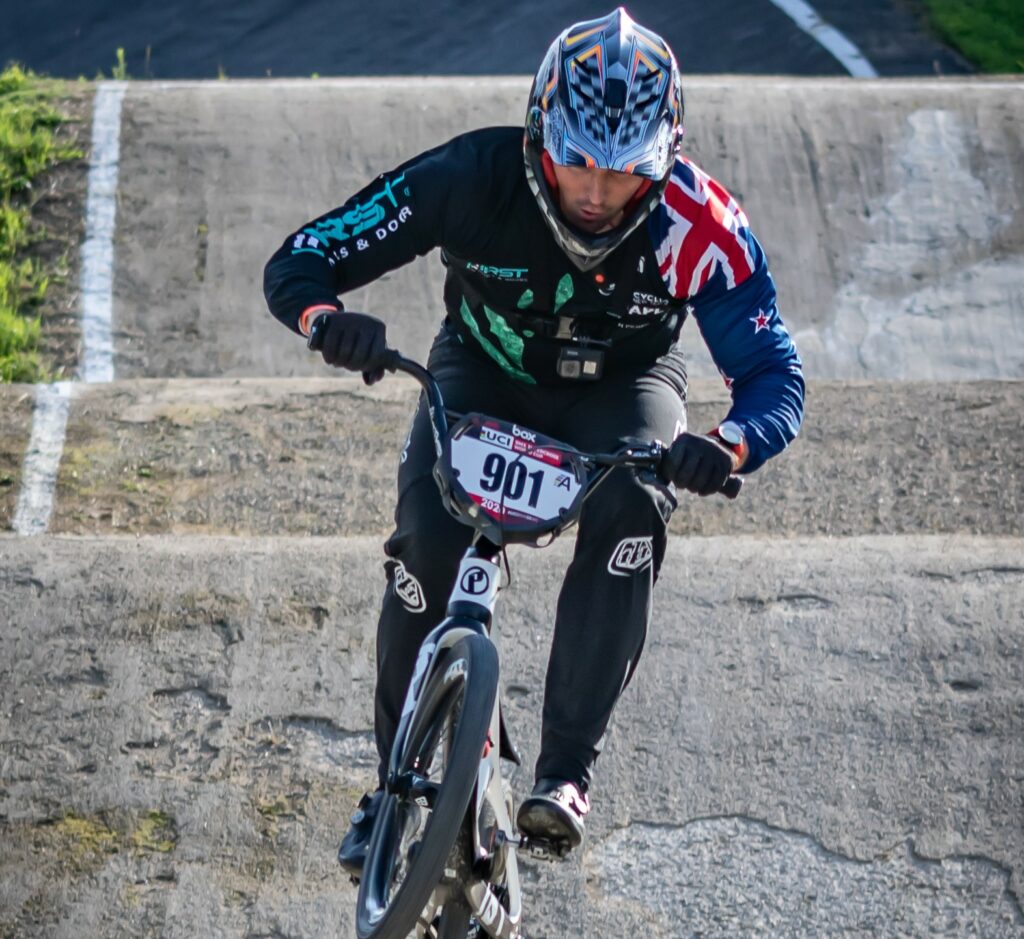 North Harbour rider Michael Bias is due a change of fortunes with the UCI BMX World Championships set for Papendal, in the Netherlands on Sunday (local time).

The 26-year-old New Zealand elite champion needs to overcome a medical clearance ahead of official practice after several months in pursuit of his BMX dream which has proven frustratingly fruitless this year.

Bias joins elite junior riders Rico Bearman and Bennett Greenough as the sole New Zealand competitors in the world championships, which has been reduced to one day for elite riders only, after the coronavirus forced cancellation of the Challenge (age group) competition.

The North Harbour rider had initially made the investment to travel to Europe earlier in the year for two additional World Cup events that were to be late qualifying event for the Olympics as the young kiwi chased his Tokyo dream.

However, Covid-19 forced the cancellation of both events, and Bias decided to remain in the Netherlands to compete in European events, which one-by-one were also cancelled.

“I regrouped after those setbacks. The upside is that I have had the opportunity to train with the current world champion Twan van Gendt on a daily basis and on the track at Papendal,” said Bias.

“Not only have I learned so much from a great rider, I feel that while I have not raced this year, that this is compensated with my knowledge of this track. I think I can do well here.”

Firstly, he has a niggling issue with slight dizziness which is likely linked to surgery he had from a crash last year.

“I will need to pass a physical tomorrow. I am quite confident I can race ok. To be honest we have not been able to pinpoint the cause of the issue but we think it may well stem from the plate that I had inserted from the previous surgery.

“I want to race. And I am confident it is ok – and that despite the lack of racing, that I can do well.”

Bias said while the coronavirus had meant there is only a trio of kiwi riders competing, that the group had prepared well.

“I had not seen Rico or Bennett ride for a while. I knew they were fast but did not realise they are this fast. They are both going incredibly well,” he said of the Schick Civil BMX national squad riders.

“I used to babysit Rico when he was four. And we are from the North Harbour BMX club like me. He has won five world Challenge titles and Bennett has been successful also, so they know how to win. They will do well.”

The competition has been reduced to a single day event, with two days of practice in the lead-up. There will be three qualifying motos with the top four in each making it through to the racing rounds, where the top four in each race qualify for the next round, and ultimately for the grand final.

The elimination rounds through to the grand final will screen live on Sky Sport (Chn 53) from 11.15pm on Sunday (NZ time).