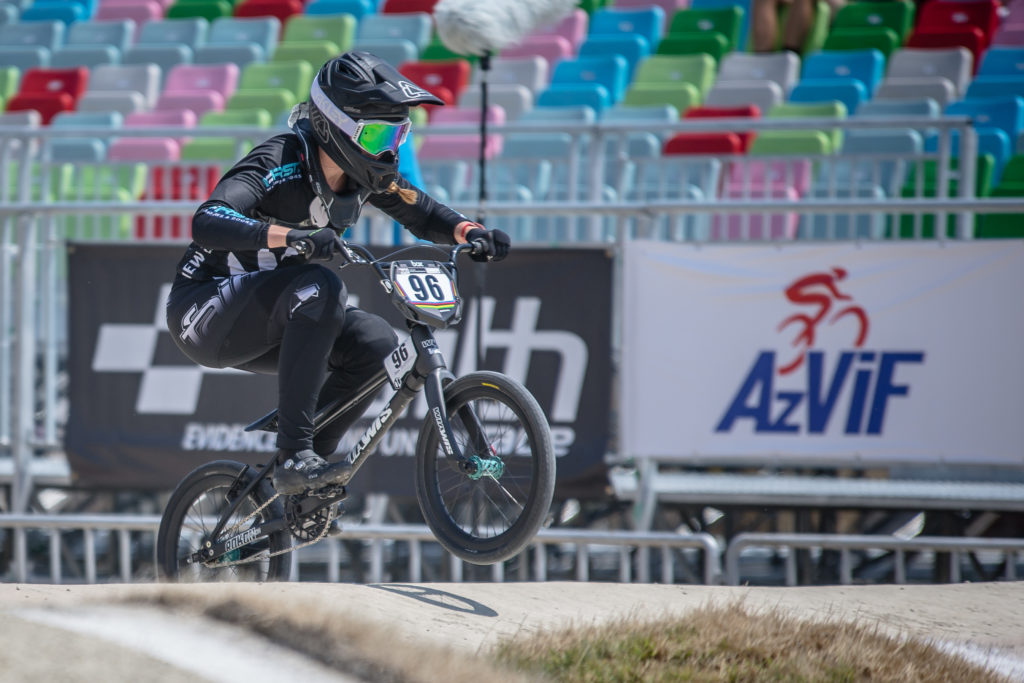 Sarah Walker has made an excellent start to her Tokyo Olympic bid, finishing fifth in the grand final of the UCI BMX World Cup second round in Manchester.

After finishing ninth overall in round one on Saturday, Walker enjoyed a consistently high level of racing throughout the competition, including a victory in her quarterfinal and ultimately fifth in the final won by France’s Valentino Manon.

It has lifted the London Olympic silver medallist into the top-10 on the UCI Supercross rankings, leading the way with her new TVE Sport professional team.

“I am relieved and excited and proud of the effort over the weekend,” said Walker. “I was especially pleased with the quarterfinal win which had such a strong field including the winner on the first day.

“Overall I had great gates on both days and it’s really cool.”

Walker said she had enjoyed her biggest and most consistent training block over the New Zealand summer until a crash last month kept her off the bike.

“I was cautious coming over here and had not jumped until I got to Manchester. So I was thrilled that I felt great and I was able to handle all those nerves.

“I am excited to head to Papendal now for the next two rounds. It is outdoors and a big track but it is also one we have trained on a lot and where my TVE Sport team is based. The thing is I know I was going faster a month ago before the training crash so I know I will be faster.”

Hamilton teenager Jessie Smith, who is mentored by Walker and is also part of the TVE Sport pro team that includes world champion Laura Smulders, enjoyed another strong world cup debut making the quarterfinals. She was third in qualifying but got caught up with a rider down in her path in the quarterfinal.

“Jessie has been incredible. She is still a junior woman rider and once she got the big first jump nailed, she was fantastic. I am so proud of her and she was really noticed by the other elite riders how she rides and handles her bike.”

Fellow Waikato rider Rebecca Petch from the Te Awamutu club had to fight through the repechage process as she did on the first day of competition. While she made a good start in her quarterfinal, like Smith she was caught in a melee in front of her to finish seventh with only the top four progressing in each race.

North Harbour’s Michael Bias was again the best of the Kiwi men, making it through to the round of eight while both Cole McOnie (Te Awamutu) and Maynard Peel (Sunset Coast) went out in the repechage.

Rounds three and four in the UCI BMX Supercross is in two weeks at Papendal, Netherlands.