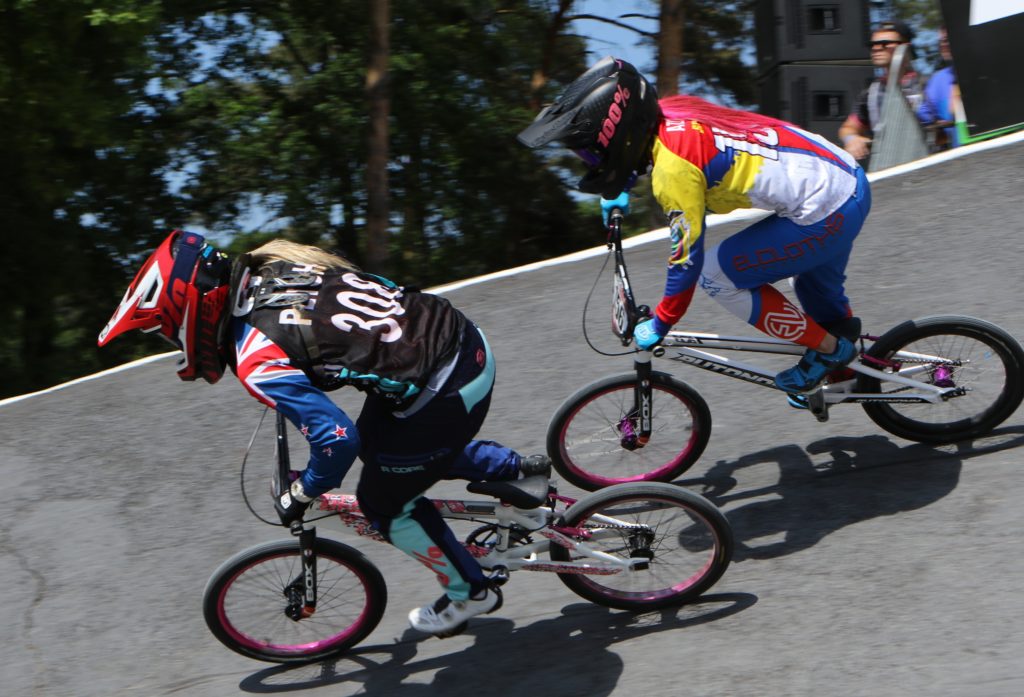 New Zealand’s leading BMX riders begin their quest for the 2020 Tokyo Olympics in earnest with the all-important UCI World Cup competition underway in Manchester this weekend.

There are 10 rounds of the World Cup – double-headers in five different venues – from April until September along with the UCI World Championships in Belgium in July.

While the Olympic qualifying period continues until the world championship in June next year, it is this year’s World Cup results that will be pivotal to chances.

New Zealand is currently ranked fifth on the nation rankings for females, with Petch 11th and Walker 13th on individual rankings. The top two nations earn three spots for Tokyo, nations ranked 3 to 5 earn two places each and those ranked sixth to 11th have one spot.

Walker, at 30 the oldest rider in elite female field, showed late last year that she is returning to the form that earned her an Olympic medal in London as she focusses on a potential third Olympics. She is supporting Hamilton teenager Jessie Smith, a multi-age group world champion, on to the World Cup. They have been signed by the Team TVE Sport, run by Frank Smulders, father of the Dutch stars Laura and Merel Smulders, who have been close friends with Walker since they entered the sport.

Petch, 20, from Te Awamutu has continued to progress at the highest level, with a semifinal performance at the world championships and her first world cup final at Zolder, Belgium last year.

Nine of the world’s top-10 ranked females will compete in Manchester among 51 starters that sees the return of Colombia’s Maria Pajon, the triple world and double Olympic champion, back from nearly a year out of the sport with injury.

The Kiwi men have by far the bigger battle, currently only 20th of 47 nations on the UCI rankings with only the top 11 nations earning the bulk of the qualifying spots for Tokyo.

However it is the first venture into the hurly-burly of BMX World Cup competition for the trio which may prove a baptism of fire with 139 male riders entered for Manchester including all top 10 ranked men.

The heat is on from the get-go with the World Cup format no longer with the luxury of three qualifying motos. Rather it is an elimination format throughout, with only the top four from eight starters in each heat progressing to the next round on a knockout basis until last eight survive for the main final. There is a repechage system with all round one non-qualifiers having a “last chance” race with two riders progressing from each heat.

The World Cup competition will be completed in under five hours of non-stop action, with two rounds on the weekend.