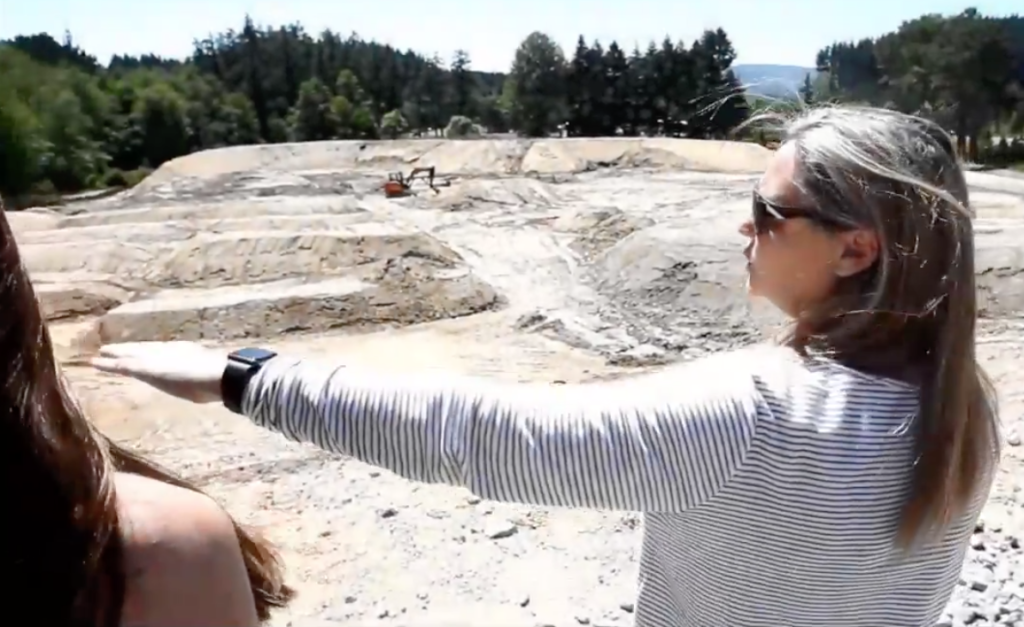 The Rotorua BMX Club’s new track is starting to take shape and one local woman who is pretty handy on two wheels cannot wait to see the finished product.

Olympian and Kawerau girl Sarah Walker was in town at the weekend and was thrilled by the progress.

The new, world-class track is being built on the corner of State Highway 5 and Waipa Mill Rd and passers-by looking into the construction area can get a good idea of just how impressive the finished product wil be.

The reserve land, leased to the club by the Rotorua Lakes Council, was blessed in September 2017 and construction began in April this year. Now the berms and jumps are taking shape and carpark construction has begun on the track which has already been announced as the host of the New Zealand BMX Championships in 2021.

“Last time I saw it, it was still flat ground,” Walker said.

“Driving in you get a bit of a sneak peek over the top, that got me excited, and then when you walk in there’s a real excitement to it. It’s a good feel.”

She said the Rotorua BMX Club had sought feedback on the track from a wide range of riders throughout the whole process, which was pleasing.

“I’ve been part of the group that has put towards the design. There have been young kids right through to the elite and some of the older parents. Everyone has been consulted and that’s really cool because at the end of the day it’s going to be all the different riders that are using it.”

One of the major goals of the club during this process has been an elite-level track which would allow them to attract and run successful local, national and international events, but also provide for all abilities and age.

It will be one of three tracks in New Zealand at an Union Cycliste Internationale (UCI) standard with an 8m start ramp and an elite super-cross track. However, it will also include a 5m ramp and alternative routes throughout the track for younger and less able athletes.