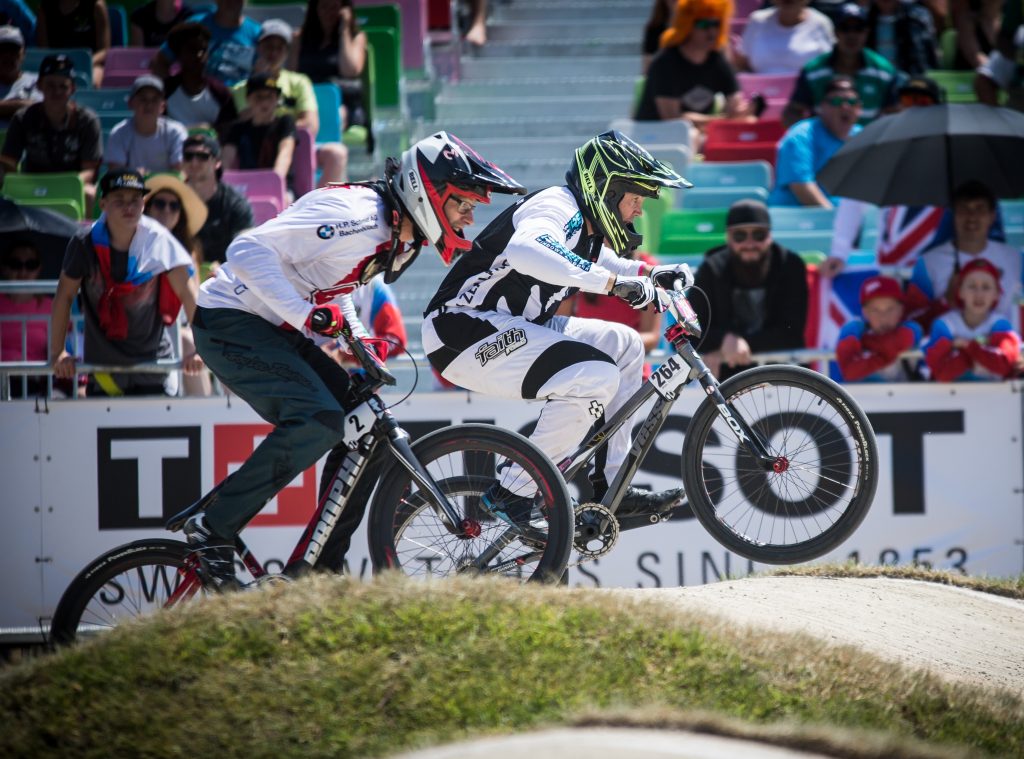 Hamilton’s Paul (Moon) Luttrell has claimed the first rainbow jersey for New Zealand on the opening day of the UCI BMX World Championships in Baku, Azerbaijan.

Luttrell won the men’s 50 years and over final in the cruiser class, for the larger 61cm wheel diameter.

He won all three of his motos and held off Swiss rider Vincent Claessens and Frenchman Gilles Faivre in the final for the title.

Luttrell and his family are currently living in Copenhagen, where he is working for food technology giant, GEA. A by-product of the move was the opportunity for talented daughter Baylee to gain invaluable BMX racing experience in Europe. She will compete in the junior elite class on the final two days of the championships.

But it was her father who led the way for New Zealand on the opening day.

“I’m really relieved. Such a relief. What a race. It was really tough with Vincent really gunning for it, he really wanted it. It’s just lucky I’m bigger than he is, so that was it. It was awesome,” Luttrell said.

The other medal on day one went to Waitakere club rider Toni James who edged out Pukekohe’s Holly Woodcock-Takurua (Sunset Coast) for third place in the female 17-29 years final. Both had finished with six points from their three qualifying motos, with Hutt Valley’s Caitlin Georgantas eighth in the same final.

Rotorua’s Dion Newth had a close fourth place in the 45-49 years final won by Dutch rider Richard van Zomeren, with Cambridge’s Ben Walter was seventh in the final in the 25-29 years category.

Action moves to the Challenge (age group) classes on day two for riders 12 years and under with 13 years and over plus Masters racing on Thursday. The elites have official practice on Thursday and Friday ahead of the initial qualifying motos for all four grades on Saturday (NZ Time). The elimination rounds through to the grand final is on Sunday.