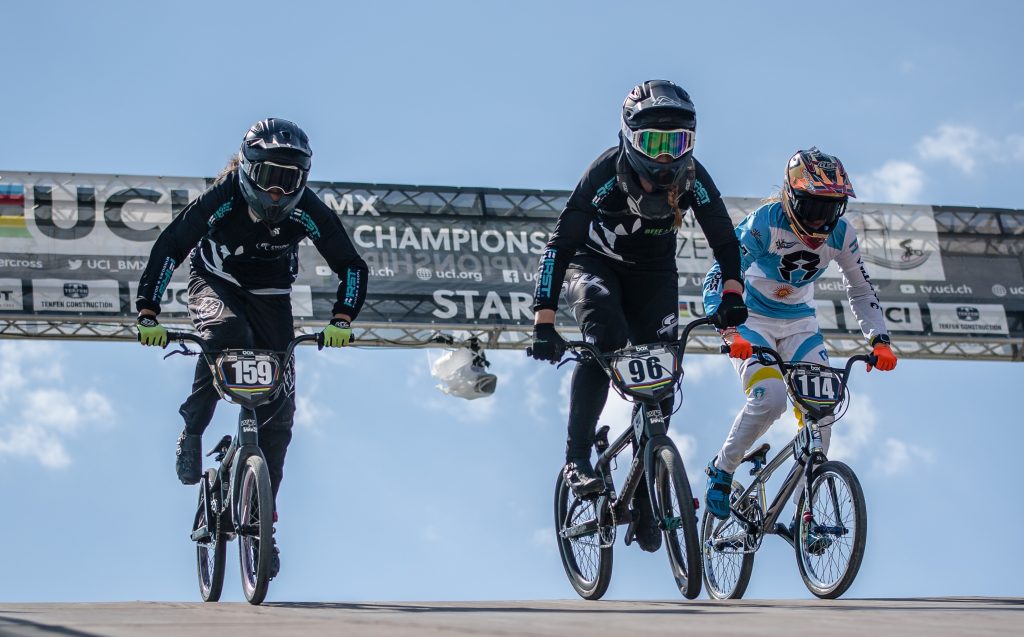 High winds have forced the cancellation of racing on the first of the two elite race days in Baku, Azerbaijan.

Organisers plan to run the competition over one day tomorrow with qualifying motos from 6pm and elimination racing from 8.50pm local time.

Riders did get in some practice before it was cancelled due to unsafe winds at the facility.

The weather conditions will be assessed tomorrow afternoon at which time a decision will also be made to use the elite 8m ramp or revert to the 5m start hill used for Challenge racing earlier in the week.

“It is disappointing for sure but the right decision to make today,” said Sarah Walker, who is also a member on the UCI Commission.

“This is a really good track and we got in some practice but it was really windy today.

“It won’t be an issue to race the whole programme in one day, as that is the usual format at a world championship. We just need the winds to drop.

“It is important for everyone that we can race, but we have to be able to do so safely. For us New Zealand riders, our funding is based on performances here, so there is a lot riding on it.”

Four Hamilton club riders are in the junior elite team with Jessie Smith and Baylee Luttrell in the females while Cailen Calkin and Ryan Jordan join Kapiti’s Luey Cotton in the males.