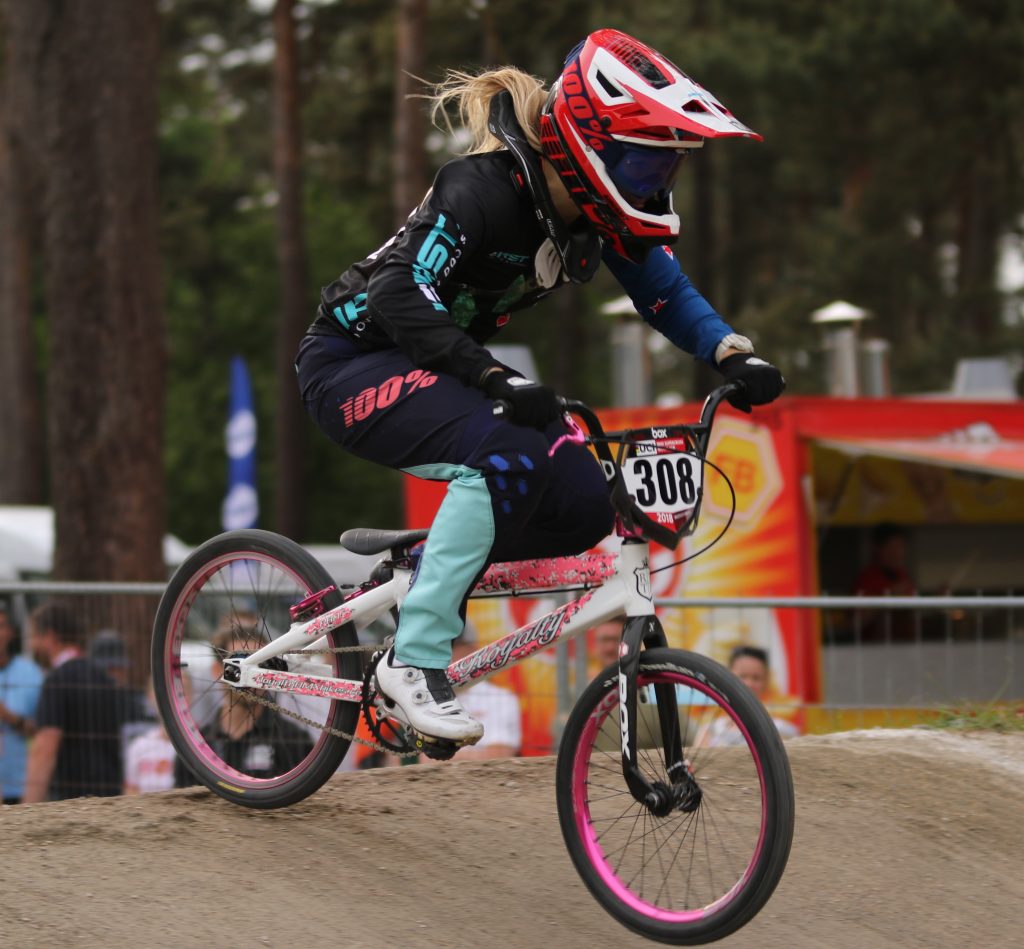 Te Awamutu teenager Rebecca Petch has moved into the top-20 BMX World Cup rankings after making her first final in the UCI Supercross event in Belgium.

The 19-year-old national champion finished seventh in her first-ever elite final on Sunday (NZ time) and followed that with 12th, making the semifinals, on the second day of racing on the Zolder circuit today.

It moves Petch, in her first year on the elite circuit, to 19th in the UCI World Cup rankings in her first season.

On the first day she was third in qualifying, third in the first round and fourth in her quarterfinal. She managed to avoid the congestion behind her in the semifinal, finishing fourth to qualify for her first final, where she was seventh.

Today she again strong in qualifying, second in her quarterfinal and sixth in the semi to miss out on her second straight final.

Sarah Walker, feeling the affects of her crash when taken out from behind last week in Papendal, rode through the first day to ensure a start on the second, in the hope she would recover, but was still sore.

“It is disappointing but I know that my lap speed last week was in the top-four which is encouraging. In the end today, there was some wild action and a lot of crashes to many of the leading riders,” Walker said.

“I couldn’t race but started and used it for visualisation and practice as I won’t get on an eight-metre ramp until the worlds.”

Rio Olympian Trent Jones scored qualifying wins on both days but was caught in a collision with Australian Anthony Dean on the first day quarterfinal and in a melee in the second round.

In other action Baylee Luttrell, in her first World Cup, qualified to the elimination round on the first day but went out in the first round and missed out in the qualifying phase today.

The focus now goes on the world championships in Baku, Azerbaijan on 4-9 June with the final double round of the World Cup not until September in Argentina.