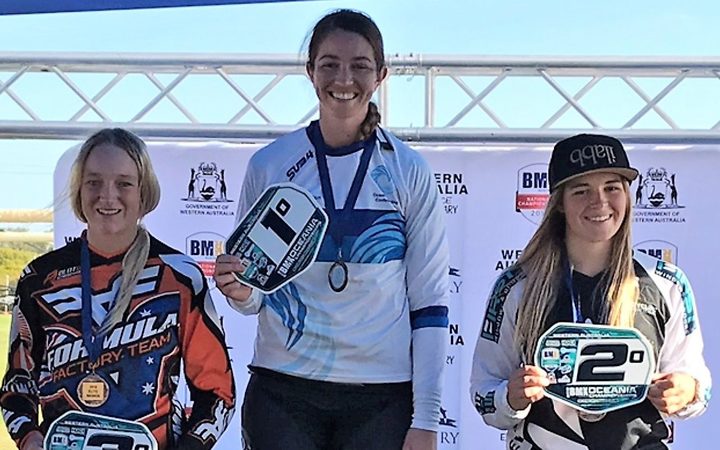 Sarah Walker is a Oceania BMX champion for a third time after seeing off the challenge of New Zealand compatriot Rebecca Petch in Western Australia.

The London Olympic silver medallist Walker was unbeaten in Bunbury, winning all of her motos and dominating the final after jumping out of the gate first.

The 29-year-old said she was enjoying being free of injury in 2018 following a host of ailments in recent years.

“My preparation has been so much better than last year,” she said.

“My mind is all about having fun and enjoying my riding and when I do that, my trainings are better and my racing is better which means everything is enjoyable.”

It is a fourth successive silver medal at the championships of Te Awamutu rider Petch, who was runner-up twice at under-19 level and repeated the dose in her first senior campaign last year.

The men’s final was won by Australian Corey Frieswyk, who pipped New Zealand’s Brandon Te Hiko by five thousandths of a second.

Former junior world champion Maynard Peel was regarded as a strong medal hope but he struggled after suffering a muscle strain in practice.