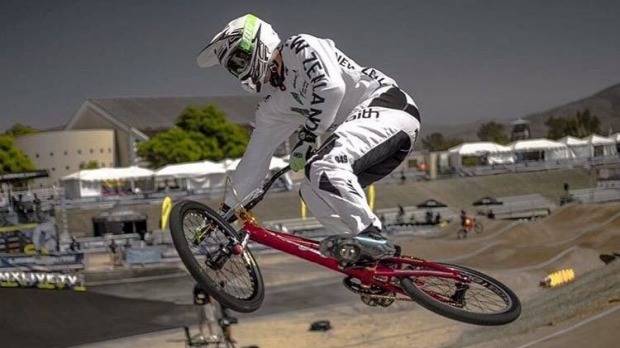 The race is one of his fondest memories of his time on the professional stage. 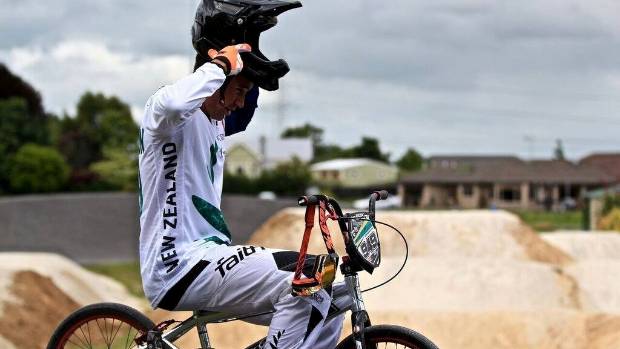 “At the end of September I had a race and, in practice, broke my hand and knocked myself out. It was a really low impact concussion.

“I still got up, raced, and qualified really well, somehow, and for me that was the story of my career – always get knocked down and stand back up – and that was the true telling for me that if I get injured I can stand up against it.” 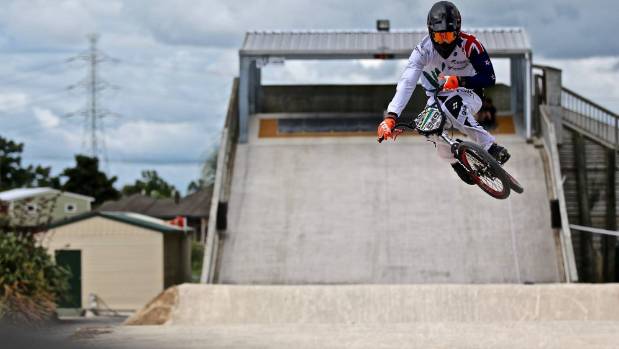 After five years on the World Cup circuit, Taranaki-born Cameron has hung up his number 949 jersey for good.

While the 31-year-old says the decision was a hard one to make, he has no regrets about calling time on his career as a competitor.

In 2016, Cameron focused on getting through to the World Championships in Colombia and had not planned anything past this point other than focusing on gaining selection and competing in the Olympic games.

“The World Championships were in May last year and there was a lot on the line going for Olympic selection. For me, for the first time in my career, I felt like I had zero pressure on myself, even though it was the most pressurised race I’d been in.

“I kept it mostly together, but with that amount of pressure there are people left, right and centre next to you on the gate shitting bricks.”

Cameron finished 12th in the competition, a career best, and was selected as a reserve on the New Zealand team for the Rio Olympics, training with the group in the States before flying back to New Zealand when the team jetted to Brazil.

At the end of the 2016 season, Cameron says he did a lot of soul searching and during the season, during which he was the oldest on tour by three years, he started to struggle to turn up mentally week in week out, race each day in and each day out ready to “die” on his bike.

“You need to be willing to die and put your body on the line to be successful and that was something that has slowly drifted away over the last six months, making this decision easier.

“For me the passion of riding a bike has not left, in fact is still very alive and almost gotten stronger, but the passion to wake up on edge ready to mentally turn on 110 per cent has lowered.”

Cameron says another factor was the impact the sport had on his body, particularly the ever-present risk of concussions.

“I’ve had quite a few ticked up in my life now on the bike and it sort of becomes a decision between what’s more important – living life or keep pushing forward and risk more concussions.”

Although he will no longer ride competitively, Cameron will continue to spend most of the year in Europe following the World Cup circuit at the helm of his coaching business.

“I’m still going to be at those events but on the other side of the fence. I’ll fly home between World Cups so it’s a bit more of a dream reality for me and I don’t have to risk anything or step up to that mental 110 per cent.”

While he says it was hard at first to come to the decision, it is the right time for him to step away which meant a few less uncomfortable situations as a result of getting out on the track.

“There’s been a lot of sticking to the seats and stinging in the shower because of cuts and grazes over the years, that’s the one thing I won’t miss.”