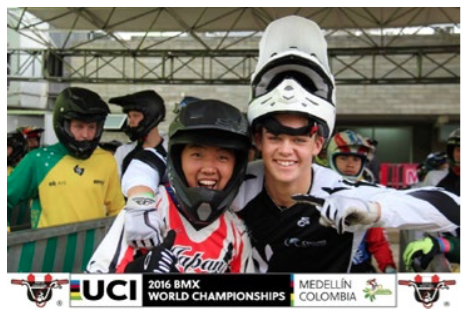 On May 14th we departed New Zealand to start another adventure across the world for the BMX World Championships. We first flew to Houston, Texas and later on moved to New Orleans for a little holiday to start our trip off. We touched down in Medellìn, Colombia on the 18th of May feeling a little unsure about what to expect in this country. Over the days leading up to Worlds we travelled to different BMX tracks to get some riding in and also toured around this amazing place. It was a totally new experience to see the way they live and how different it is to back in NZ.

When it came to race day I felt confident and ready to race. We got to the track and we got told there was a 4 hour delay due to track damages caused by the rain last night. While we waited in the pits, track workers (including Dad and 4 others kiwis who got approved to help) got to work to try and repair the damage mother nature had done to the track. After the track was back in its normal condition the sun was out and racing was ready to get under way, but this time there was only two qualifying motos (qualifying races) instead of three because of the delay.

In my two motos I dominated, coming 1st followed by another. I then moved onto the 1/8ths finals in this you had to finish in the top 4 spaces to move onto the next. Having a strong start i finished 1st, qualifying to the 1/4 finals (quarter finals).

In this race I had the European Champion and the World Champion in my race. Not having the best start in the races and banging elbows down the ramp lead me back to 4th place, a risky position to be sitting in. I ended up finishing 4th which meant I moved onto the 1/2 finals (semi finals), and sure enough again I had the World Champion. This time i was out wide in Lane 8 because of my placing in the previous race. I had a better start, still not perfect, but good enough, I came out strong and could of cut him off but chose to play it safe, also if I stayed behind him I could see his lines and where I am faster than him. I finished 2nd which meant I had 4th lane pick in the final. 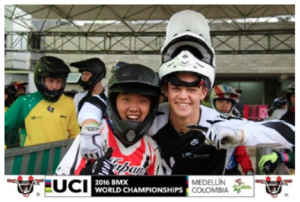 I wanted my World Title back more than anything at this stage, it was the only thing that I wanted. I felt safe out in the less favoured outside lanes. I gambled on being fast enough to overcome the increased distance of lane 8 and being able to get across in front of all 7 riders to claim the all important inside line into turn 1, against being relaxed out wide where the chances of being cut off if you “miss” the gate are virtually zero. So with the 4th pick for lanes I went to least favoured lane and took 8.

With no pressure out there I nailed the gate, one of my best yet, then it was a matter of laying down the power I have been working hard get. I knew i had the fastest first jump technique once we got over the back of that i had made my way across to about lane 4 and only had a couple of riders to deal with. Ross, the reigning W1, and I came together over the back of the 2nd jump and he attempted to push out at me and hold the inside but I had made up my mind that I was taking the corner or crash doing it. You can feel that mindset and attitude from another rider and he felt it from me, he hesitated and the corner was mine.

The trick from here in any big race is to stay relaxed and focused, call on all your instincts and training to finish without making a mistake and blowing a world championship title. I did this and held the celebration till the finish line. My legs “locked up” over the line and I couldn’t stand up. The feeling i felt was indescribable, words do not explain how I felt. Everything I worked for has just paid off. Three time World Champion!!! 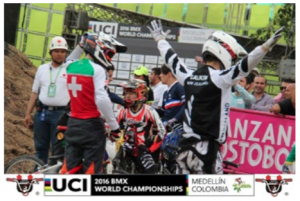 Thank you to everyone who supported me and backed me the whole way I could not have done it without guys so I thank you for everything you have done for me. Without you I would not of been given this opportunity. 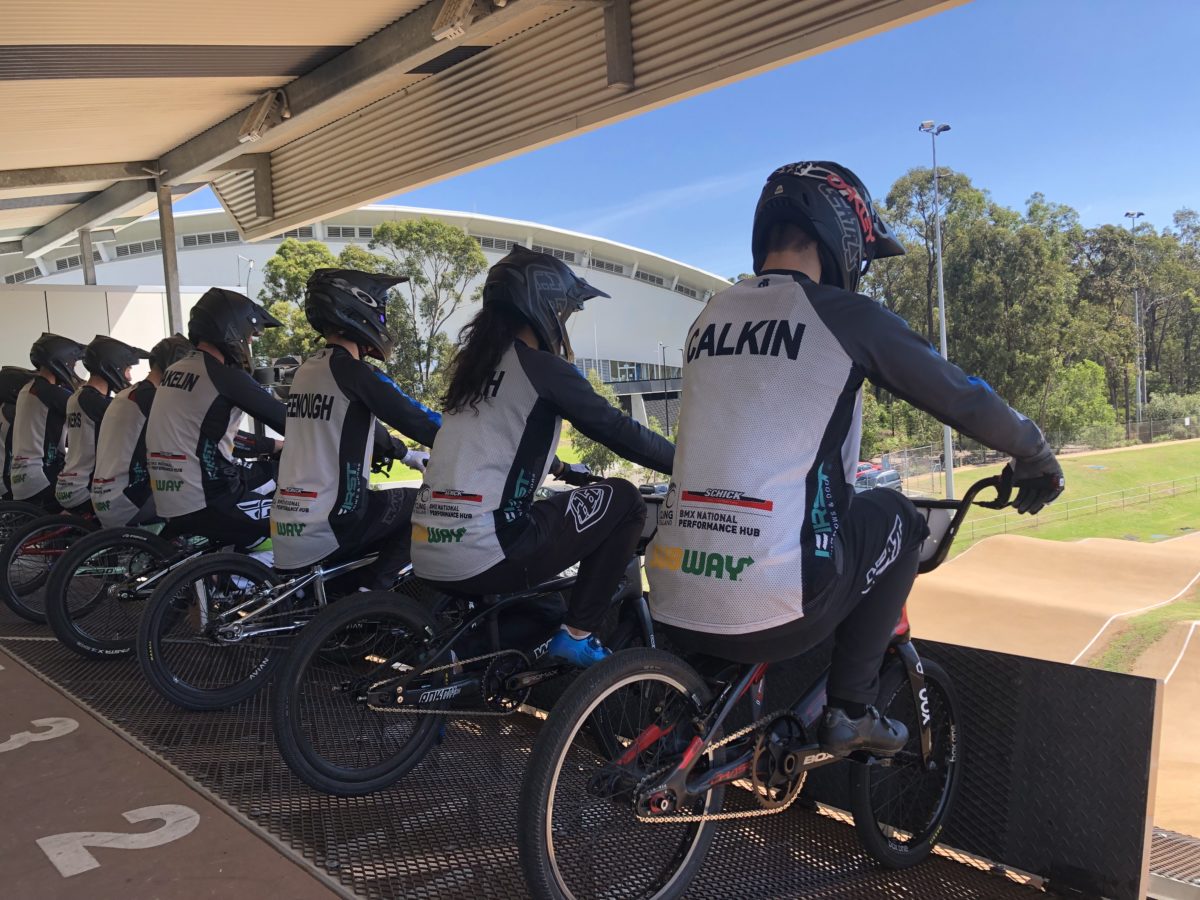 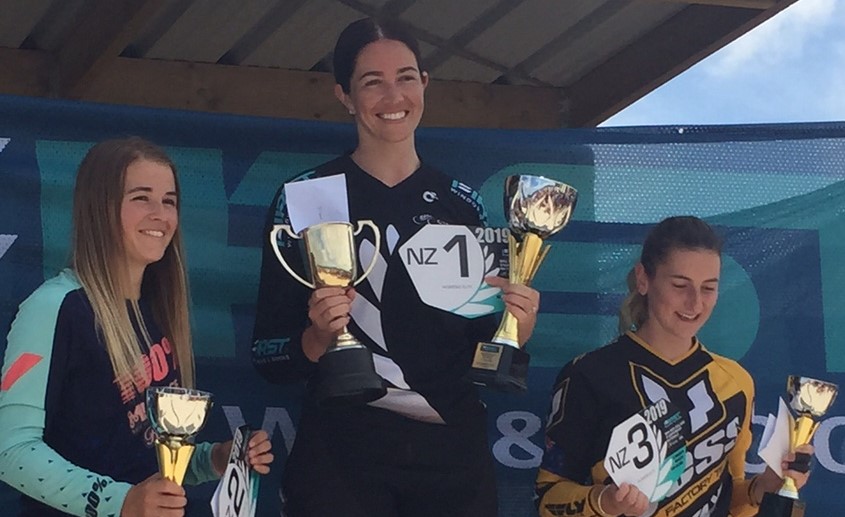 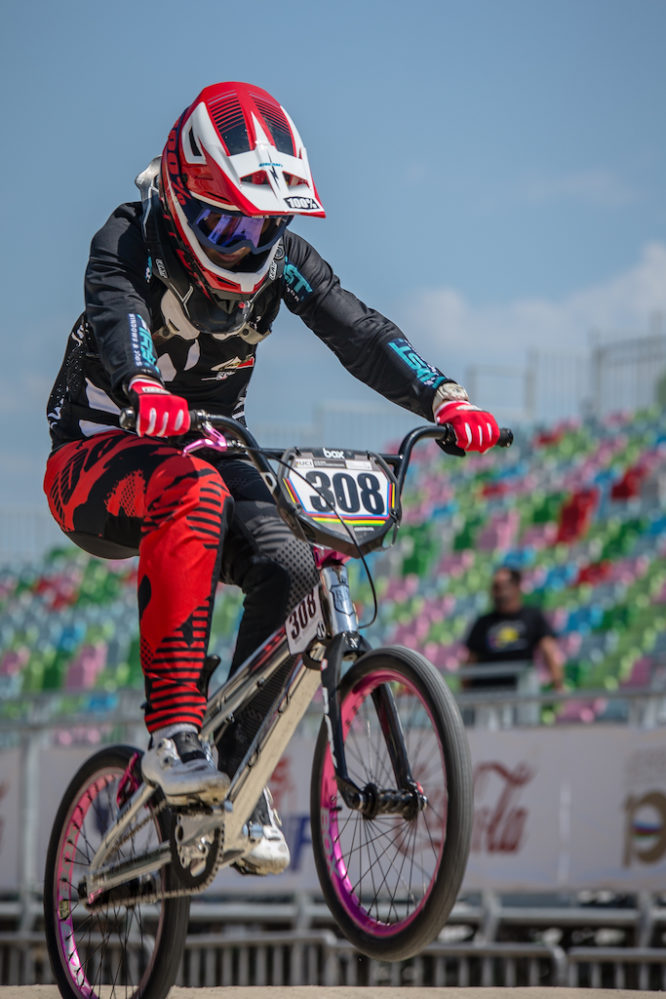