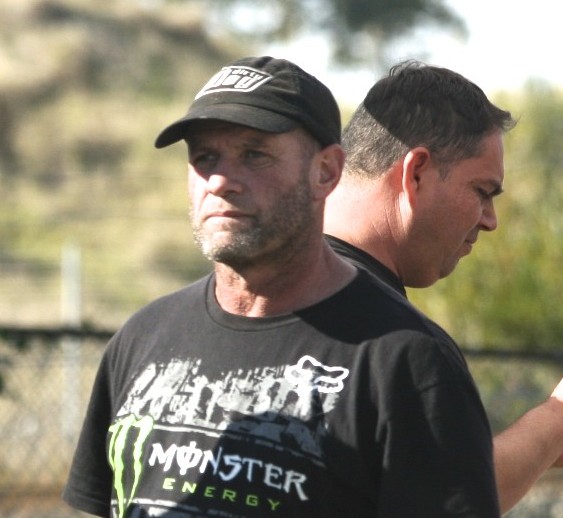 Darren Merito, 49, of Raglan, will be a huge loss to the sport, according to the national body.

Merito died in a crash on State Highway 23, west of Hamilton, on Thursday.

Emergency services were called to the collision between a Waikato Ready Mix Concrete truck and a ute about 3pm.

Rangi, as Darren was known, will be sorely missed by the Te Awamutu BMX Club he was a member of for about 16 years.

“The hole he’s going to leave in our club at Te Awamutu… I don’t know if we’ll ever fill that.”

Merito filled many roles in the club – a father, mentor, coach and helper.

“He always had a laugh, a smile, a nice comment. He was never too busy to stop and say hello, and that was to everyone. It didn’t matter if you were the best or you were Joe Bloggs average.”

Merito had four sons and three of them had already represented New Zealand in BMX, McOnie said.

His world revolved around his family, the members of which were involved in the club and had spent countless hours helping build a new track at Castleton Park in Te Awamutu.

But the boys were regular riders at other clubs around the region and Merito was also known in Australian BMX circles.

“He was a personality, a real colourful character,” McOnie said.

BMX NZ was also mourning the loss of “a much loved and knowledgeable character”.

Rangi, was “a much loved and knowledgeable character” in the Kiwi BMX community, said BMX NZ executive officer Dion Earnest.

“Rangi will be a huge loss to the sport,” he said, speaking on behalf of the organisation.

“He, his wife, Lisa, and four boys are a huge part of our sport. Rangi has just recently returned from the UCI BMX World Championships in Colombia, where he was a support manager for the NZ Challenge Class team and his son Cooper rode to a world number three ranking in his age group.”

The Pukekohe-based Sunset Coast BMX Club posted an online tribute to Merito, describing him as a true good guy.

“Many great times and laughs have been shared trackside with Rangi and his family over the years and he will be missed by us all trackside,” the post read.

Other posts called him one of the best things to come out of BMX and a great character of the sport.