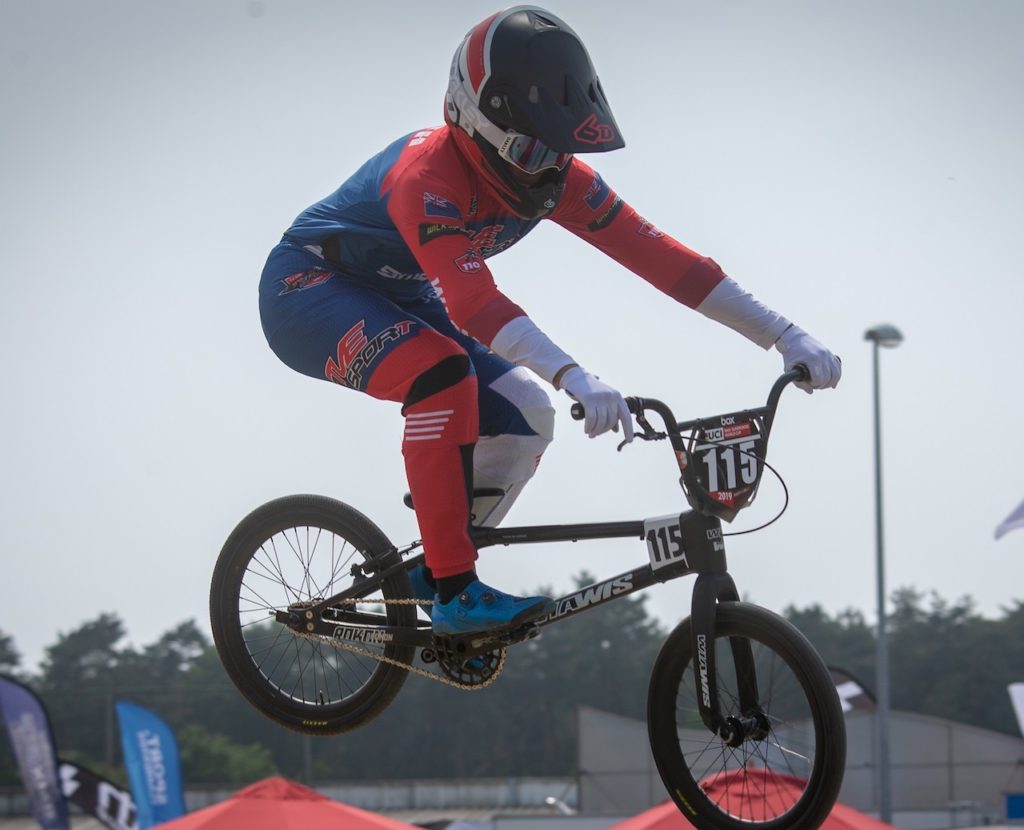 Eighteen-year-old Jessie Smith, still a junior, has finished fourth in the latest round of the UCI BMX Supercross World Cup in Paris with a brilliant display.

It was her first Supercross grand final and the best World Cup placing by a New Zealand rider since a third placing by her mentor Sarah Walker in Santiago del Estero last year, and previous to that since Walker reigned supreme back in 2011.

Smith is enjoying her first year on the circuit, with Walker helping to gain a place for the Waikato teenager with her on the Dutch-based professional Team TVE, which includes world champion Laura Smulders.

The Hamilton club rider is using the racing as experience towards next month’s UCI BMX World Championships in Belgium where she will compete in the junior elite category, after making the semifinals at Baku last year.

“It is the most fun I have ever had on my bike,” said Smith. “To be honest I am still lost for words. The whole day I wanted to progress from the quarterfinal and everything after that was a bonus. But fourth in the final, oh my gosh.”

The track at St Quentin en Yvelines features one of the biggest first jumps in the sport, with Smith not taking undue risks throughout the day, but impressing with her race-craft around the track.

She was last out of the start gate in the final, but produced a stunning move on the second straightaway to push though from eighth to fourth on the outside. From there she held strong to finish fourth behind world No4 ranked Manon Valentino, current world champion Smulders and 2017 world champion Alise Willoughby.

“This is the biggest first jump and I just wanted to get over it safely and go from there. I didn’t have the best gate in the final but there was an outside line and I went for it. I managed to hold the line and came out in fourth at turn two and held on from there.

“I looked around and saw it was Laura, and Alise there. I shouldn’t have been thinking that but I didn’t believe it.

“I just focussed on riding smooth from there and held on for fourth. It is all a bit crazy. It was the one track I was most afraid of but I found my bearings every race. This is a huge confidence boost.”

Earlier Smith was third in round one, fourth in the second round where 0.4sec covered the first four, and then third in the quarterfinal won by Willoughby. She drew gate seven in the semifinal to produce another stunning display to finish third behind American star Felicia Stancil and Smulders with only 0.02 separating second to fourth.

Smith, who turned 18 a few weeks ago, will now prepare for the world championships to be held at Belgian Olympic sports centre in Zolder next month.

Meanwhile fellow Waikato rider Rebecca Petch won her first-round ride but was sixth in the second round with only the top four to progress.

The World Cup resumes in September at Rock Hill, USA before the final double round at Santiago del Estero in Argentina.