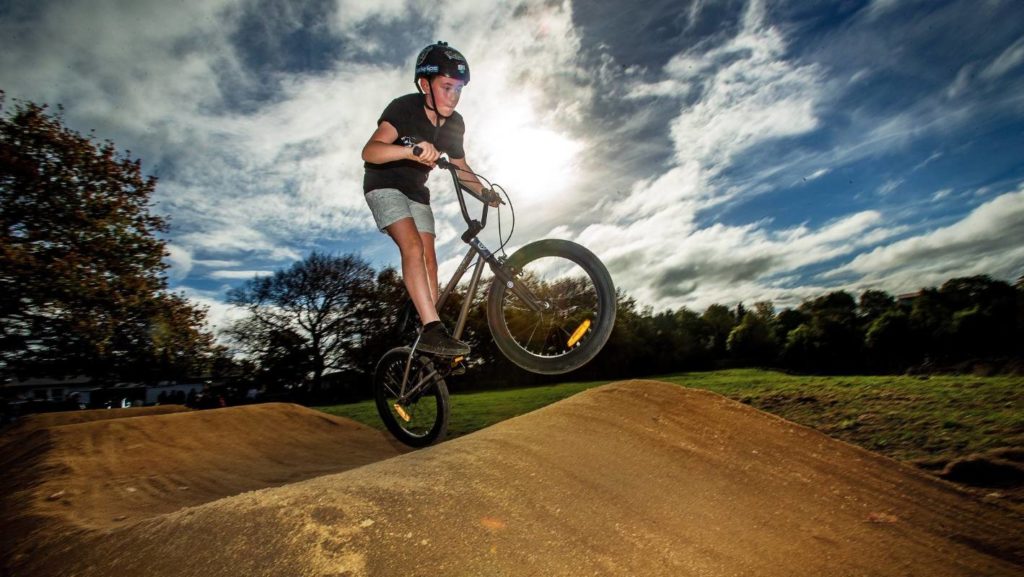 There was a grand opening for the BMX track, which was finished earlier in the week, on Thursday.

Principal Sheree Kilpatrick said many pupils were keen bikers who liked to ride around trails in the school during their spare time. She said the track would give them something to fill their lunchtimes with.

“They can’t wait to get on it and hopefully it’ll be something we can open up to the community as well.”

Last year, the school won a competition run by More FM and Higgins to get the track built. Kilpatrick said the children had been eagerly awaiting it since then.

Kilpatrick said the students were well aware of bike safety and there would be a teacher monitoring the track during lunchtimes.

“They all know that it’s no helmet, no ride.”

She said the school had also bought 10 new bikes in a variety of sizes, so children didn’t need to worry about bringing their own bikes to use the track.

The school’s oldest pupil Jadin Chitty, 13, was given the honour of cutting the tape and riding the first lap of the track with 5-year-old Nathan Gilbanks, the youngest pupil.

After his first ride, Jadin said the track would take “a bit of getting used to”. He said he would likely spend most of his lunchtimes using it.

Track designer Gary Crosland said this was the 13th track he had helped design around Palmerston North with the city council. He said Bunnythorpe’s track only took three days to make – two days of shaping and one of putting the lime on top.

He said building each track had its challenges and the Bunnythorpe one was on a sloping piece of land, meaning it needed to be built up at the back.