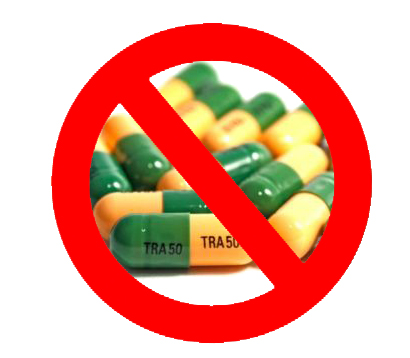 From 1 March 2019, in‐competition use of tramadol will be banned by the UCI across all disciplines. This new regulation, which is being introduced for medical reasons, allows for penalties to be imposed if the rules are broken.

Tramadol is a painkiller in the synthetic opioid category. It is frequently used by cyclists, as shown by the findings of the World Anti‐Doping Agency (WADA)’s monitoring programme since 2012. In particular in the 2017 survey:

What are the side effects of Tramadol

The use of tramadol can have two types of side‐effect: nausea, drowsiness and loss of concentration (increasing the risk of race crashes), and gradual dependence on the substance with a risk of developing an addiction.

Tramadol is available on prescription, but is also freely available on the internet, which increases the risk of uncontrolled self‐medication.

In light of the risks associated with its use in competitive cycling, and in accordance with the UCI Management Committee decision of June 2018, the UCI Medical Regulations will ban in‐competition use of tramadol. The regulations will be published on the UCI website shortly

What is the purpose of the ban?

The ban is based on a desire to reduce the risk of crashes, and that of drug dependency, among riders.

The new regulation will come into force on 1 March 2019. Any rider taking part in an event registered on a national or international calendar may be chosen to provide a blood sample as a test for tramadol.

Testing will take place in‐competition, after races, across all disciplines and categories.

This will be managed by the UCI’s Medical Director, with logistical and personnel support from the Cycling Anti‐Doping Foundation (CADF).

How will the test be conducted?

Testing will take place in-competition, in particular but not only at the end of the races.

The sample collection is not invasive and will be conducted using a sampling kit to collect a limited amount of blood from the rider’s fingertip.

This will be managed by the UCI’s Medical Director, with logistical and personnel support from the Cycling Anti-Doping Foundation (CADF).

Like in anti-doping, avoiding a tramadol test will be treated as a positive test.

What method will be used?

Dried blood droplets will be tested for presence of Tramadol, using a high‐precision analysis technique. Positive or negative results will depend on the presence or absence of the substance in the blood (there is no threshold). The sample will be collected by the Cycling Anti-Doping Foundation (CADF} in parallel with its anti­ doping testing.

The analysis will be carried out in a reference laboratory, with the results sent to the UCI Medical Director within a maximum of 4‐5 days.

What are the penalties?

Further information will be available once the UCI publish their updated medical regulations, which incorporate the Tramadol ban. Cycling New Zealand will send an update when this information is released.