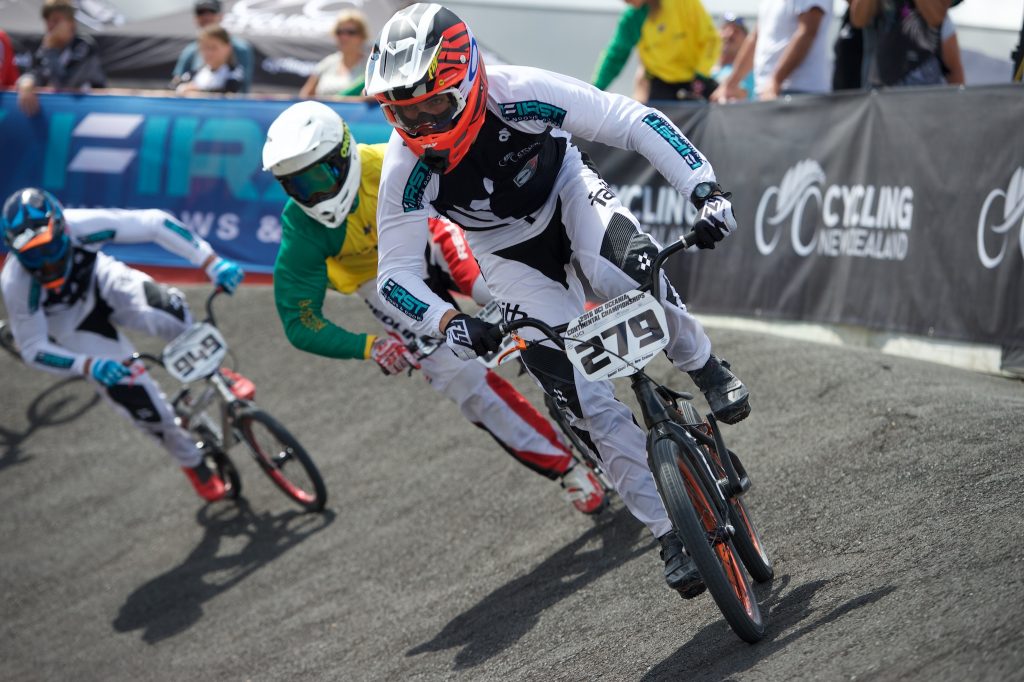 Jones, seeded through to the elimination rounds tomorrow, was eighth fastest in the time trial for the 16 seeded men at new Rock Hill track in South Carolina, the venue for next year’s world championship.

North Harbour’s Michael Bias, who competed in his first elite world championship this year, has also qualified. He finished with three fourth placings in the three qualifying motos to place 38th overall, with the top 48 male riders moving through to tomorrow’s racing.

East City teenager Jayden Fleming, making his World Cup debut, missed out on qualifying by countback. The 16 year old was third in the opening moto and sixth in the other two heats to finish on 15 points, tied for the final qualifying spot.

Not so lucky was Te Awamutu teenager Cole McOnie who did not progress after a crash in his opening moto.

Rock Hill is the penultimate round of the UCI BMW World Cup which will be decided next week at Sarasota, Florida.