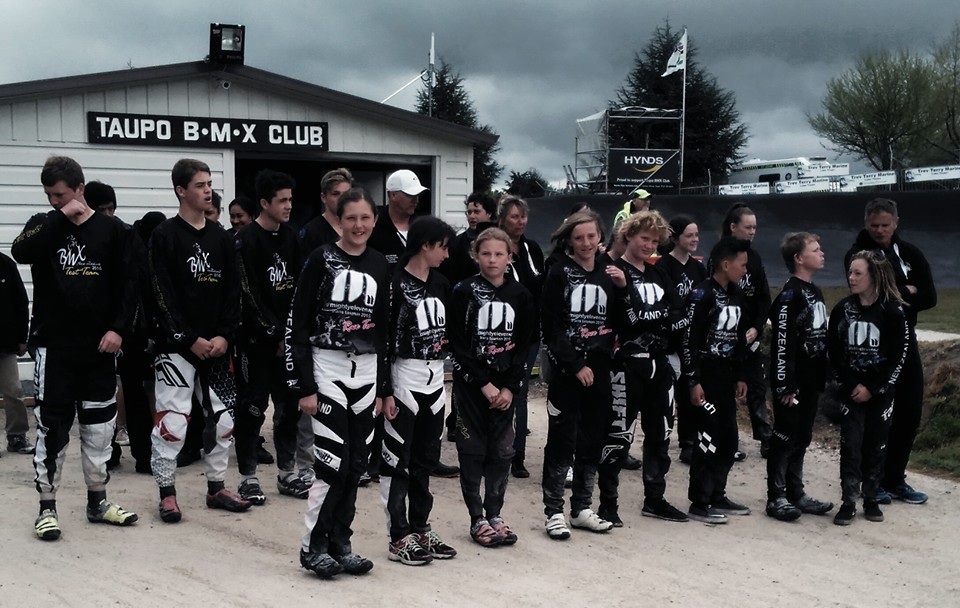 Our journey began with the Mightys trials at Pre Norths where a number of high calibre riders took to the track endeavouring to make one of the 8 valued spot theirs.

There was some sensational racing with the successful team members being:

We had two awesome training weekends at Taupo & we were joined by our reserve riders Karepa Heke Kaiawha (Bob) & Mikayla Ranken. The team jelled from the outset and Clive & I were looking forward to the big challenge ahead. We meet at Taupo on the Wednesday prior to Norths & following a training session we (Mightys & Seniors) were invited to go to Taupo-nui-a-Tia where we were given some history about the haka & the teams some haka training. We then headed to the Taupo Pools for a chill out time & coffee for Clive!

Thursday headed to the track again for our last track training session & the afternoon saw us climbing high in the sky & swinging off giant swings at Rock n Ropes. I’m sure our screams could be heard for miles!

Thursday night’s test team dinner was excellent – fine food, entertainment by members of the Taupo-nui-a-Tai group and our captain’s speeches. Megan & Coops did a fantastic job & I have to say Coops speech was the best speech I have ever heard! We went to the velodrome Friday to keep the riders legs going in preparation for Saturdays racing.

Saturday came & there we were, ready & waiting. The haka at the opening ceremony set the scene – lead brilliantly by Cooper. The first Mighty 11 class race first up would settle the nerves.

The team was ready for the tests – fit & knew what they had to do. Our boys finished the first test 1 point ahead. This was going to be a close challenge. The girls however came out firing & started as they wanted to continue finishing ahead in the first test 27 points to 12. By the end of day 1 the girls were looking comfortable. 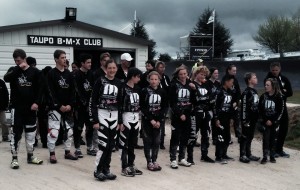 Lachie crashed in the last test on Saturday, his brake lever penetrated his arm. With blood gushing everywhere he headed to hospital & received stitches. Throughout this time Lachie’s only concern was for this team & his want to be on his bike on Sunday – this wasn’t to be. A true sportsman – putting the teams before his own needs – what a trooper.

Sunday – excited was how I was feeling.

The girls were looking comfortable & Australia had withdrawn their captain for the remainder of the meet & I was confident the boys could pull off a win with one rider down. Lachie became assistant coach for the day. We prepared for the first test & the call went out – let’s do this for Lachie. Who would have anticipated what the boys had up their sleeves – they came in 1st , 2nd & 3rd.

The girls continued to plug away at their lead. We had both in the bag, prior to the final test!

What an amazing weekend it was! Test team racing is a whole different concept & is fun to be involved in & to watch. Thanks Taupo BMX Club for a very memorable North Island Titles!