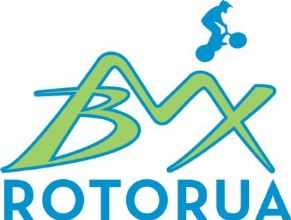 Council to lease out reserve for elite BMX track

Rotorua may be in for a new elite BMX track with the potential to attract national and international BMX events to the city.

This follows a meeting this morning of Rotorua Lakes Council’s Operations & Monitoring Committee where councillors voted to recommend that reserve land at Waipa, near existing mountain biking facilities, be leased to the Rotorua BMX Club for 20 years.

The reserve, popularly known as Horse Paddock, would allow the club’s existing track and club facilities to be relocated to the site.

The club plans to build a new elite track to a standard that could attract national and international events, as well as continuing to cater for local residents and visitors. The cost of the new facility was estimated at approximately $600,000. At present only two elite level BMX tracks exist in New Zealand – in Auckland and Wellington.

A report considered by councillors at the meeting said the track was seen as a natural fit with an area which already had a focus on biking activities, and would reinforce Rotorua’s reputation as a biking centre of excellence.

In its current Long-term Plan Rotorua Lakes Council has committed funding of $1.08 million for developing the area, of which approximately $775,000 has been allocated for construction of an access bridge to the Horse Paddock and car parking. However the new lease would have no direct financial impact on the council.

In February this year the council gave ‘support in principle’ to the club’s development plans to allow club members to proceed with planning and design work. This was followed by a stakeholder consultation programme carried out in July.

At the time, BMX Club president Grant Butterworth said he was delighted with the council’s support for the club’s proposals.

“We’re looking forward to working closely with the council on this project. It’s a really bold initiative but through a strong collaborative partnership with the council and other community partners we have the potential to create something really special for Rotorua, and for our community,” he said.

Deputy mayor Dave Donaldson highlighted a study the council’s Economic Growth Portfolio project control group was undertaking to “get a handle on the true value of biking activities to the local economy.”

“This will give us a clear platform for making future decisions of this nature,” he said.