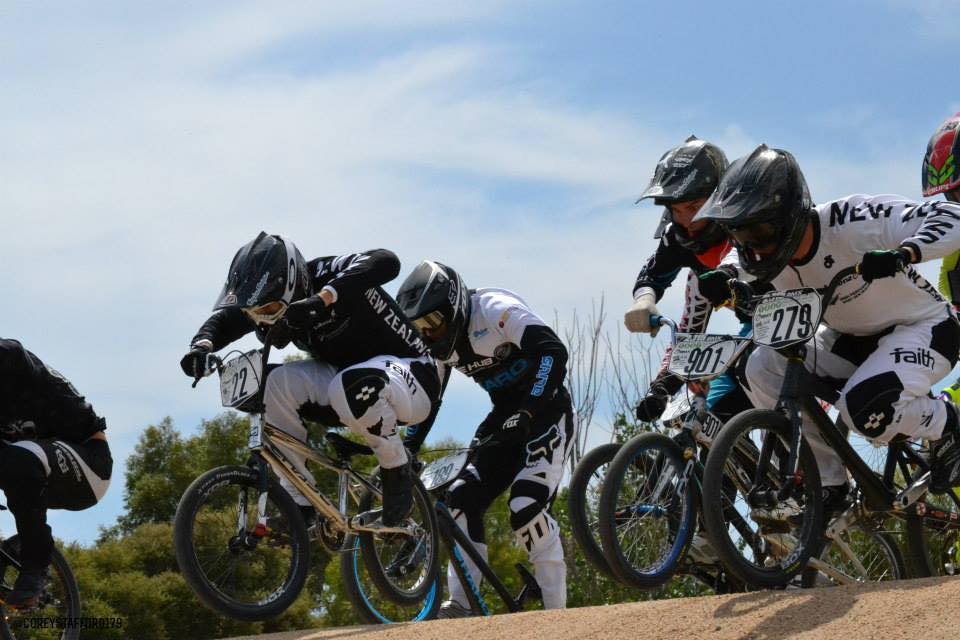 Canterbury rider Daniel Franks proved the best of the New Zealand BMX riders at the latest round of the Australian series in Victoria at the weekend.

Franks finished fourth on both days of race in round four of the series in Shepparton that proved not without incident for the Kiwi riders.

North Canterbury’s Trent Jones was fell in the final on the first day and crashed in the semifinal on the second day after winning every moto and both quarterfimals.

The weekend saw the return to racing for London Olympian Kurt Pickard after off-season shoulder surgery. He was brought down in a heavy fall although he did not reinjure his shoulder and will be back in full training next week.

Taranaki’s Matt Cameron missed the final on the first day after coming down in the semifinal and crashed out in the quarters on day two.

“It was not the results we were looking for,” said Cycling New Zealand coach Ryan Hollows. “All of the riders are okay and all are fit and were racing well. They were just caught on the wrong side of racing incidents.”

Hollows said Jones was particularly impressive on both days.

“He should have won. He looked the fastest out there on both days.”

North Harbour’s Michael Bias was sixth in the super final on the second day after some solid performances.

The New Zealand elite riders continue to prepare for their international season with some remaining at home while Pickard and Jones plan to compete in USA before heading to Europe for the opening round of the UCI Supercross in Manchester in April.