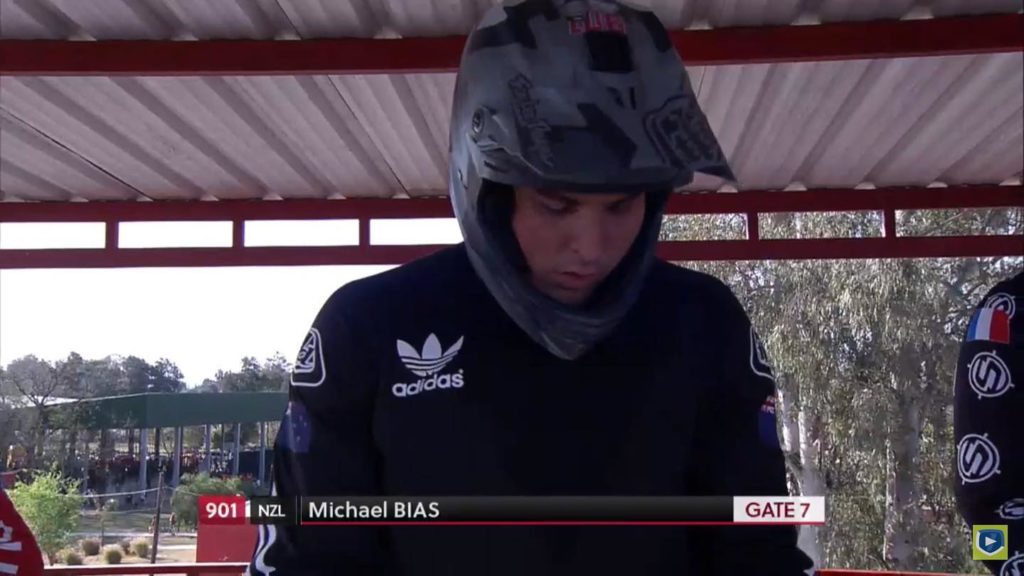 The 24-year-old worked his way through the early rounds on a knife-edge at the Santiago del Estero track, where competitors battled strong winds.

Only the top four riders in each race qualify through to the next round in this cut-throat competition, with Bias finish fourth in his qualifying moto, and then grabbing the last qualifying spot in each of the next three rounds.

The Kiwi rider avoided a major crash involving another former world champion in Sylvan Andre (France) to finish fourth in his quarterfinal and move into the semifinal.

Bias missed the snap out of the gate in the semifinal and could not make up the gap in a super-fast race, finishing sixth to give him 12thplacing for the competition.

He made the quarterfinals in the opening round in Manchester and twice qualified for the one-eighth round, but buoyed with the confidence from this effort, he will be pushing for another top placing in the final round of the season at the same venue on Monday (NZ time).

Bias has jumped to 41 on the world ranking as a result.

Meanwhile junior world champion Jessie Smith was eliminated in the one-eighth round. She was fifth in her qualifying moto won by eventual winner Laura Smulders, but won her repechage impressively. However she finished fifth to miss out on the quarterfinal by just 0.4s.

Smulders, the Dutch superstar, went on to show her dominance with her fifth Supercross World Cup victory from nine starts this season in the elite women’s final while Argentinian Romain Mahieu, runner-up in both rounds last year, was the toast of his homeland with his first world cup win in the elite men.