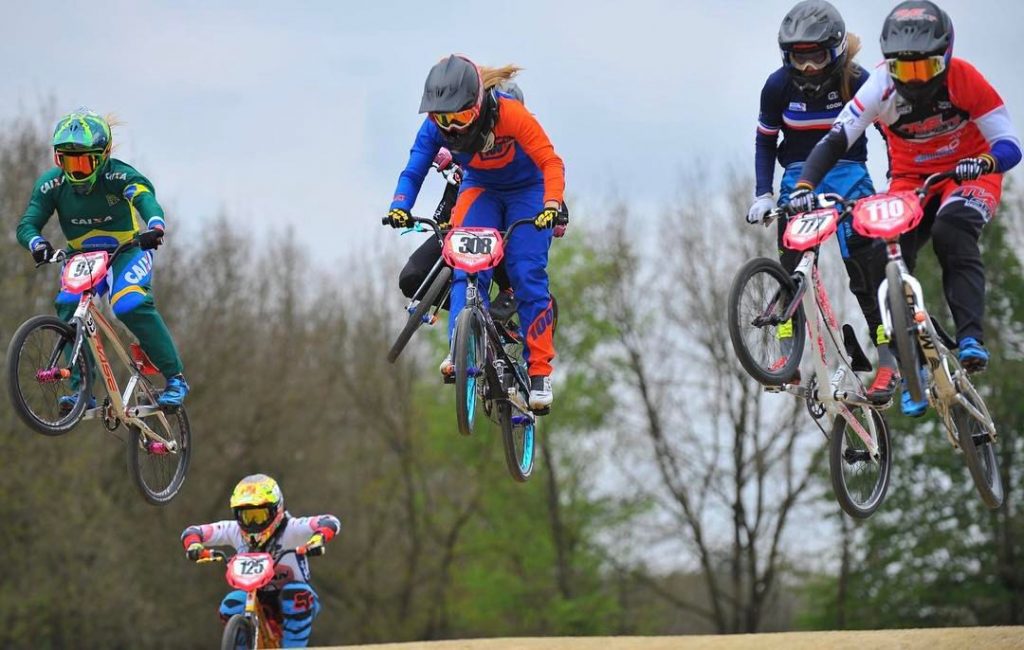 The 17 year old made it through to the semifinals on both days of the elite women’s competition in Zolder.

Petch, who was runner-up in her first year in elites to Sarah Walker at the recent national championship, impressed in the two-day competition.

On the first day she placed third in her qualifying heat, then second in both the round of eight and in her quarter final but was caught up behind a crash to finish sixth in her semifinal won by double Olympic champion Mariana Pajon.

Petch showed that form was no one-off, when she qualified second in her heat on day two. She placed third in both the round of eight and the quarterfinal, but missed out by one spot on her first World Cup final in finishing fifth in her semifinal won by current series leader, Laura Smulders (NED).

There was some strong competition from a group of young Kiwi riders, with the experienced Olympians Trent Jones and Walker both missing with injury. Walker injured her elbow at the World Cup in Papendal last week after making the final on the first day, while Jones has injured his knee in training in Europe.

Seven riders qualified through heats on the first day in Zolder, with national champion Nick Fox (Gisborne) the best of the men finishing fifth in the round of eight. The others comprised Michael Bias (North Harbour), Jayden and Zoe Fleming (Auckland), Cole McOnie (Te Awamutu), Todd Barry (Cambridge) and Maynard Peel (Auckland).

All seven again qualified through the first round on day two where world junior champion Peel and Fox made it to the round of eight before they were eliminated, while Zoe Fleming progressed to the quarterfinals in the women.

The two-week World Cup provided invaluable experience for the young New Zealand group who will now wait on the next major target of the world championships at Rock Hill in North Carolina in July.