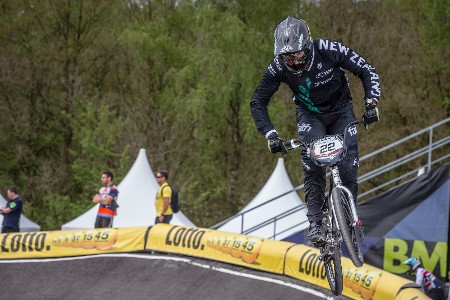 The world rankings mean New Zealand has secured three spots for elite men, two for junior men and one each for elite and junior elite women for the world championships to be staged on a new outdoor track in Belgium, 21-25 July.

Olympic silver medallist, Sarah Walker, who makes her return to racing in Canada next month, is the highest ranked rider on world rankings at 27, while Marc Willers is the top ranked male at 31.

He will be joined in the men’s team by Trent Jones and Daniel Franks, who has enjoyed his best form in the opening two UCI Supercross World Cups.

The junior elite riders are all from the powerful Te Awamutu club – Codi Merito and Cole McOnie in the men, ranked 36th and 45th respectively, and Rebecca Petch 26th.

Papakura riders Bayleigh Rees and Zoe Fleming are the reserves.

Walker heads to Canada next month for two UCI qualifying events including one at the Canadian national training centre at Abborsford.

All riders will meet in Belgium for their final staging camp.