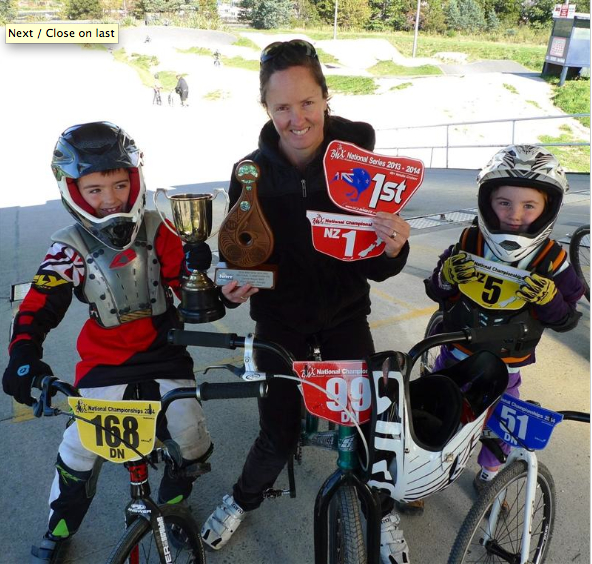 It was not beginner’s luck. Amelia Johnston’s national title came from hard work and dedication.

It is the first season of BMX for Johnston (43), who joined her children in the sport.

She won the cruiser class for women over the age of 40 and was the only Dunedin rider to win a gold medal at the New Zealand championships in Tauranga over Easter.

It was not her first national title on a bike. She was a member of the Linwood High School road cycling team that won the team time trial at the national secondary schools championships when she was 16.

”I used to ride a road bike and also competed in triathlons,” Johnston said.

She has always been on her bike and rode recreationally on mountain bikes until she became competitive on BMX bikes last year.

It was her son, Solly (8), who ignited the flame for BMX riding in the family.

”Solly went to an open day at the Dunedin BMX Club two years ago and he was keen to start riding,” she said.

”We all decided to start riding with him. It was more fun than standing on the sidelines.”

”I’ve enjoyed the training, seeing the progress and getting stronger and faster,” Johnston said.

Johnston won the South Island title but did not know what to expect at the national championships until she also won the North Island title.

It was a good championships for the family because Lottie finished fifth in the 5 and under mixed grade and Solly just missed making the quarterfinals in his age group.

The family tried out different BMX tracks as they motored back to Dunedin from Tauranga.

Johnston had some advice for families who are considering making BMX the family sport.

”Make it fun, because it keeps people interested when they are learning new skills,” she said.

”We’ve made a lot of friends in BMX and that has kept us interested. It is fun travelling around the country to compete on different tracks. It is a family sport and our kids enjoy having Mum and Dad riding, as well.”